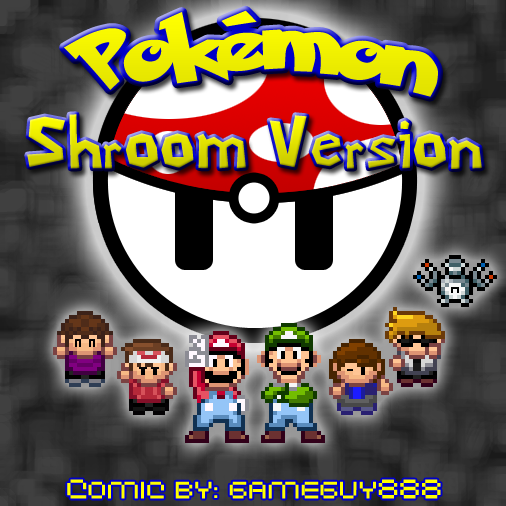 I've been meaning to make a title page for ages. I finally felt like doing it.

If you're just tuning in to Pokemon Shroom Version, allow me to explain somethings first. Most of the early comics in this series were made several years ago, and thus don't look very good in my old spriting style. In fact, the first 15 comics were completely remade, since the originals were terrible and had nothing to do with anything. After that, I have started remaking some of the early comics. You'll notice that the quality suffers a lot after those. Don't fret, it vastly improves over time and becomes the same quality of the new first 15 again.

That aside, I hope you enjoy reading Pokemon Shroom Version as much as I enjoy making it. :D

You know, cause the original one made no real sense.

something tells me this comic is gonna pwn some serious ass!!