RE KINGDOM HEARTS Chain of Pointlessness 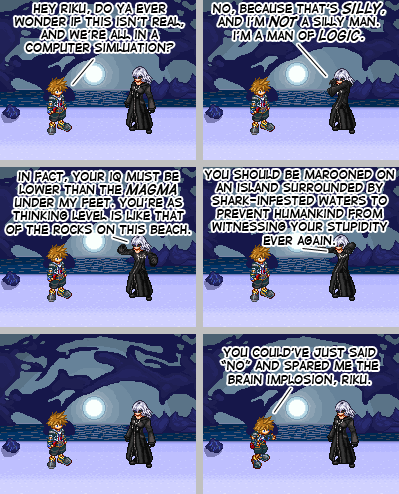 SEE COMIC #58 - “Stuck” TO BE ENLIGHTENED ON WTF IS HAPPENING

This doesn't happen in-game but, whatever.

You know that Disgaea comic I mentioned? Yeah, it's a sprite comic, with some drawn portions in it! Yay!

EDIT: FUCK I JUST NOTICED THE TYPO IN PANEL 3. THE “AS” SHOULDN'T BE THERE, FUCK.

Update plz, this was goooood.

...Wait... does Sora even know the meaning of an implosion?