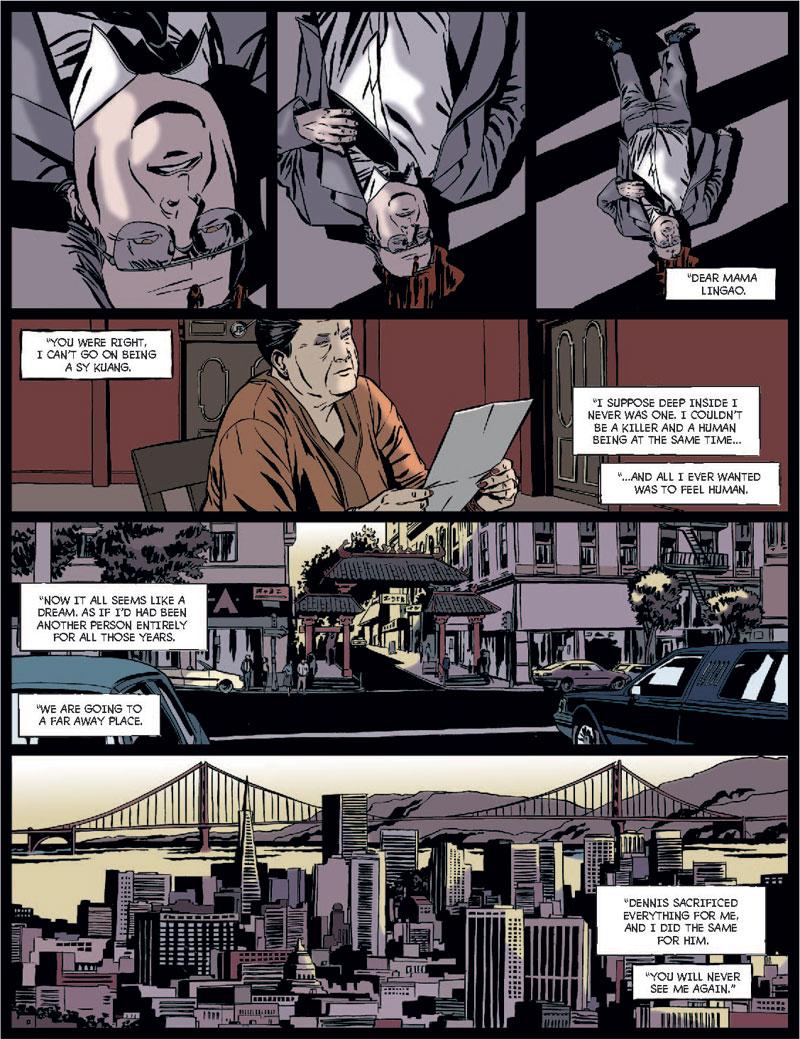 So... This is it? If it is, you've made a great finale for it. If it isn't, I'll be expecting some great things in the future

wow....good character! Does that mean there can be another Red Mantis? I mean I am to believe that old woman on trained one? Right, doubt that.

Oh my gosh, is that the end?! Noooo! I want more! That really had me hooked. You have a sequel, right?

That was very well done. The action was clearly drawn and the storyline was excellent. I am looking forward to more of your works.

woah! what a amzzzzzing comic. yes , please let it not stop here!

man that comic was good man

Awesome story. I hope that you will share more in the future. Good luck in your future endeavors.

This is "the end" Thanks to all for the commentaries. you can to follow my work in: http://davidmorancho.blogspot.com/

I hope there is a second novel by these authors even with different characters.

she may never escape her past why you ask think about it can her old bosses just let her walk away with what she knows ? the old contacts she has ? they are in for a fight these 2 people i pity them

Not the end, we hope.

yea thats too sudden, what've u got in store for us?

its never that easy