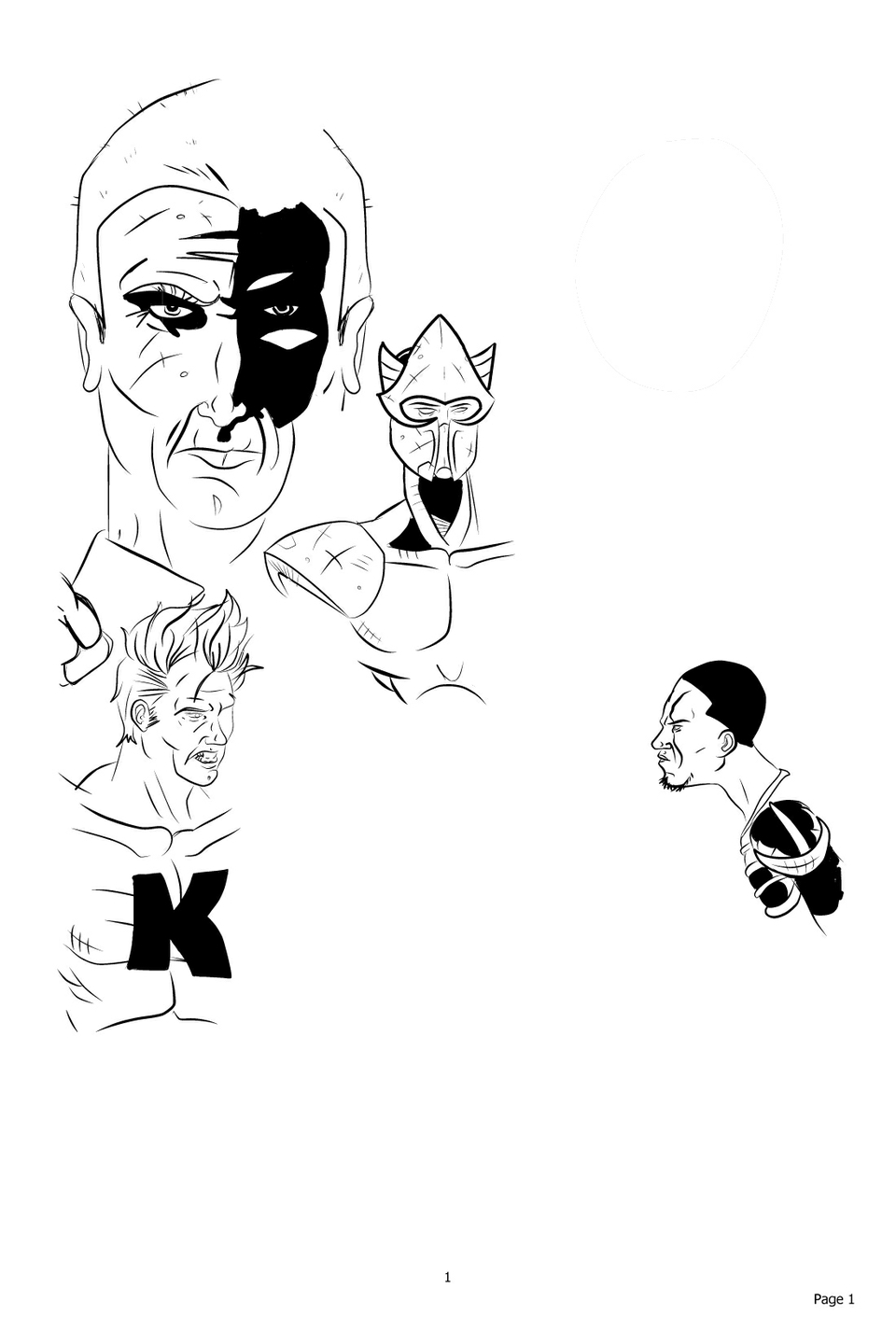 So, yeah my plans to take over the artistic reins of the comic died when it was painfully obvious that my talents plateaued at ‘cartoony and awful’, lol. SO I started looking for a new artist again as quickly as possible. And I've finally found him! Please welcome (back, in a sense) the esteemed Eric Harmon!
Since it's been a while, we'll be relaunching Relik with a short primer/teaser into events ahead with a sneak-peek at a future issue… how far into the future is still a mystery, but I'm sure you'll love it! Until then, get curious and excited over these sketches!
Dave and Eric

Eric:
Hello everyone! Eric here! Just thought I would chime in. You may be asking yourself, “Hey…this looks an awful lot like an unfinished teaser,” and that's because, you're right my very clever friend! It is! I am very excited to be working on Relik and more importantly, with Dave again, because this guy has all sorts of awesome ideas that I can't wait to help with! Dave and I have been looking off and on for a project to work on together for–actually about two years I think. Since about the time RETAKE ended (holy crap! It doesnt seem like it's been that long). I wont give anything away, because you may still see some of those projects at some point or another, but when Dave asked me to take on Relik, I was pretty excited! On a more artsy fartsy note, this will be the first time I do a comic fully digital, using only manga studio and a trusty tablet. There was a slight learning curve but I'm getting it. We'll see how it goes through issue one.
Thanks for reading guys! Relik is back!

Cool, look forward to the relaunch. I do everything digitally and it takes a little getting used to but worth it in the long run.

Your style is indeed cartoony but it's certainly not awful. I can understand deciding that a cartoony style might be a poor fit for Relik (it's a fairly dark comic in a lot of ways) but don't rag on your skillz. Besides, that 'original sketch of Relik' shows that you *can* do more realistic art when you want to. Which isn't to say I'm not looking forward to Erik's spin on this! Should be great!