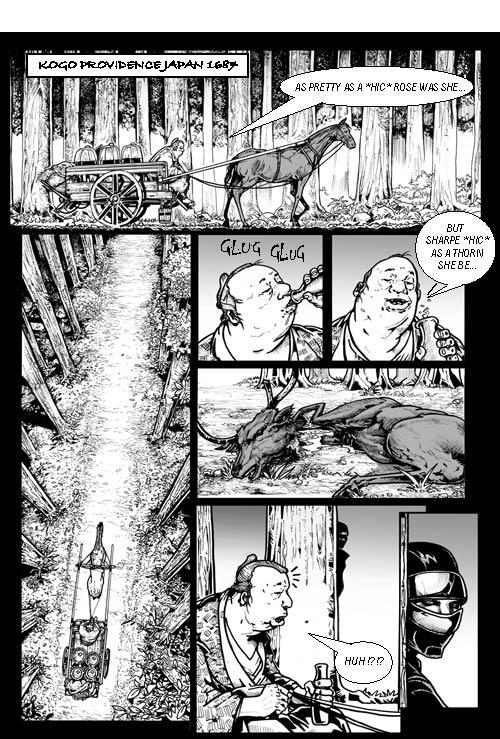 Thanks for the kind words on Nadya! This is incredible. You must be making pro comics...

Thats a hell of a page you know i love ninjas

id love to have this tattoed

That is why you should always wear a helmit.

omg if i had half the talent u had, my backgrounds woudlnt be so elementary!

its only a flesh wound gov'ner

Really fantastic teaser art! The layout, the inks, the detail, BG, the works... all A+. Question: Since you're calling it "Sengoku", how 'authentic' will this be to actual japanese culture and history? To the Sengoku period?