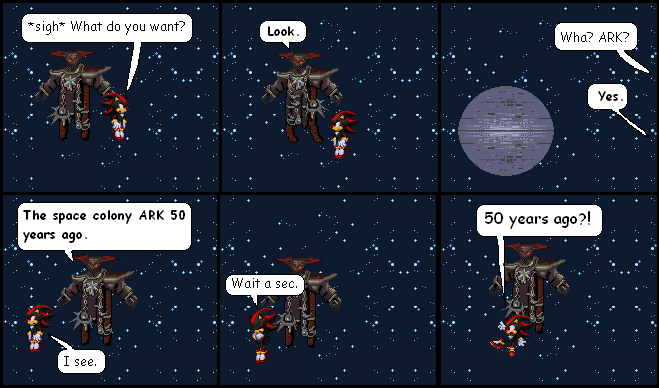 Sorry about the lack of updates. My computer had about 41 viruses so I was um-able to go on for a while. Good news, now my computer is better than ever! More good news, my dad works on computers so he knew how to save all of my sprites and stuffs! Whoo!

I would like to say this, I officially declare this comic dead...

It's cool and all, but can u PLEASE fckn UPDATE?!?

Come on, some updates please..

god damnit you haven't updated for a year what's the hell

Is it fixed yet?

Alright, I am so sorry about being gone for so long. I don't have much of an excuse, other than being distracted. I'd re-start my comics (or, maybe just one for now) if I could, but right now, I cannot access my saved sprites and all that other stuff I use for comic making. I am hoping that it gets fixed within a couple of weeks, hopefully then I shall comtinue comic-making. Oh, yes Yurka, I would like to be in Program Hero again.

I am starting up Program Hero from where we left off and was wondering if you want to be in the project again. Please respond. -Yurka

you must either A. Hate your computer right now B. forgot about DD or C. dead I really hope it's A and definitly not C

this is as funny as a kick in the nuts, to someone you dont like...

Deathbeams: You better not be thinin dirty thoughts... cuz that wouldn't be right. O.O

now why did you have all of those viruses....