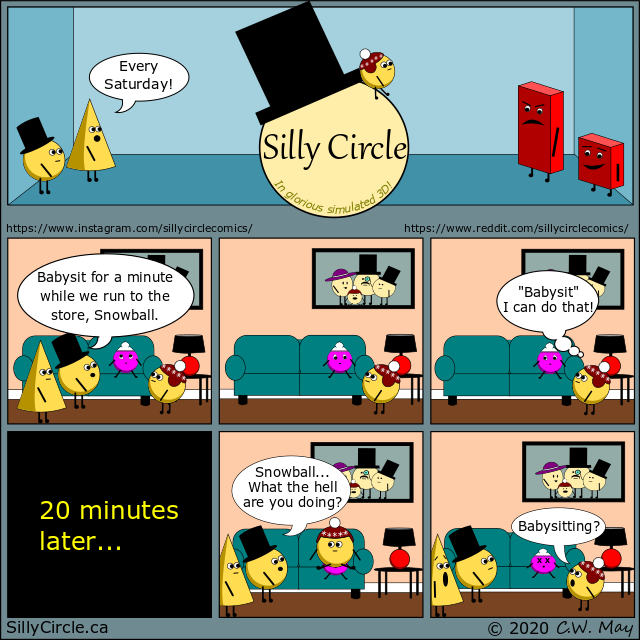 CW's picked up the idea of ‘shading’ in school, so we're trying out a 3D look for the comic.

I insisted on trying eyes with whites and a black border for contrast, but CW's pretty stuck on simple black circles so we may revert the eye design next week.

Also… in light of the fact that many of the recent comics have been autobiographical, I would like to state for the record that none of us have ever actually suffocated a child in our care by sitting on them. This particular comic is entirely fictional.