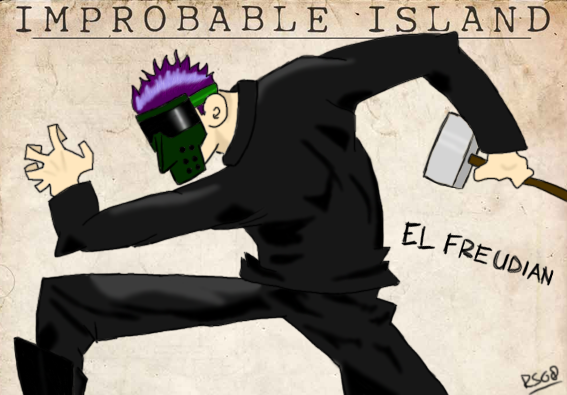 Four updates today:
Life finally had a proper update again, continuing the hunt for Lynne!
Fridge Pals was updated after ages of waiting. It isn't much, but it shows that the comic isn't dead yet, so it's at least something.
Even Sketching Reality has had an addition, portraying my character from Improbable Island!
And last, but certainly not least, Arthur has been updated! It's a recap, but it's a fresh start that's not going to end!

As far as updates concern, I'm going to update Arthur and Fridge Pals every sunday from now on. Life will be daily for as much as possible, depending on how busy work and real life gets. Sketching Reality will remain, as always, a dump for random art, so it'll update randomly.