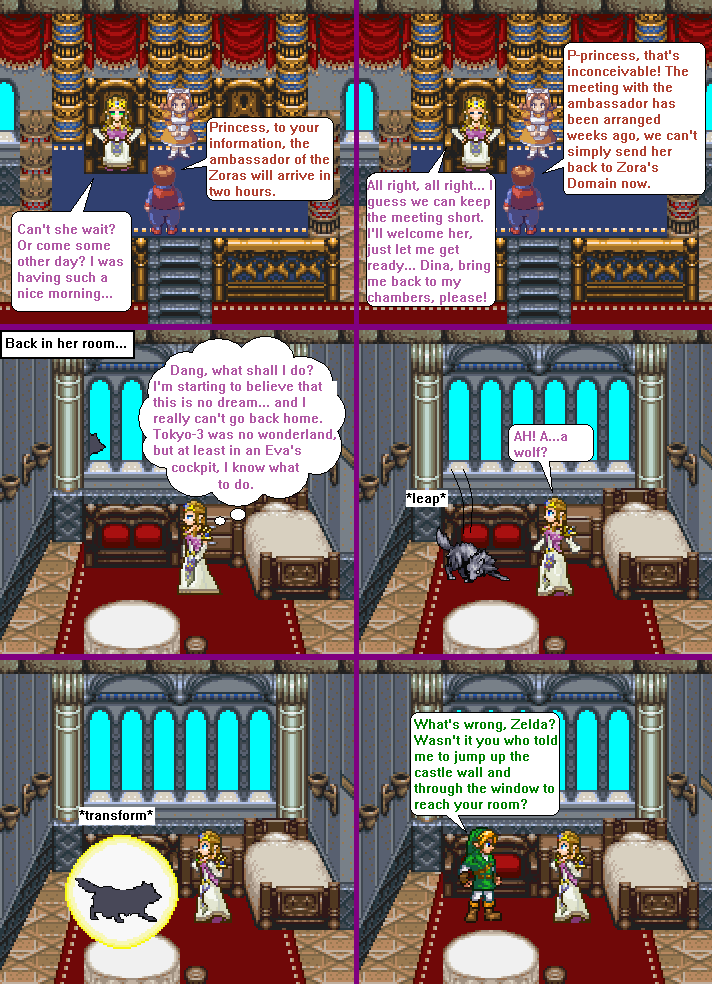 The wolf of Hyrule

And here's the boy we've all been waiting for. And this confirms that the Hyrule Asuka has appeared in is the Hyrule from Twilight Princess. And apparently Link has kept his ability to turn into his four-legged form.

Most of the sprites I'm using for this comic I found at the Spriter's Resource, a very resourceful site for all kinds of game sprites.