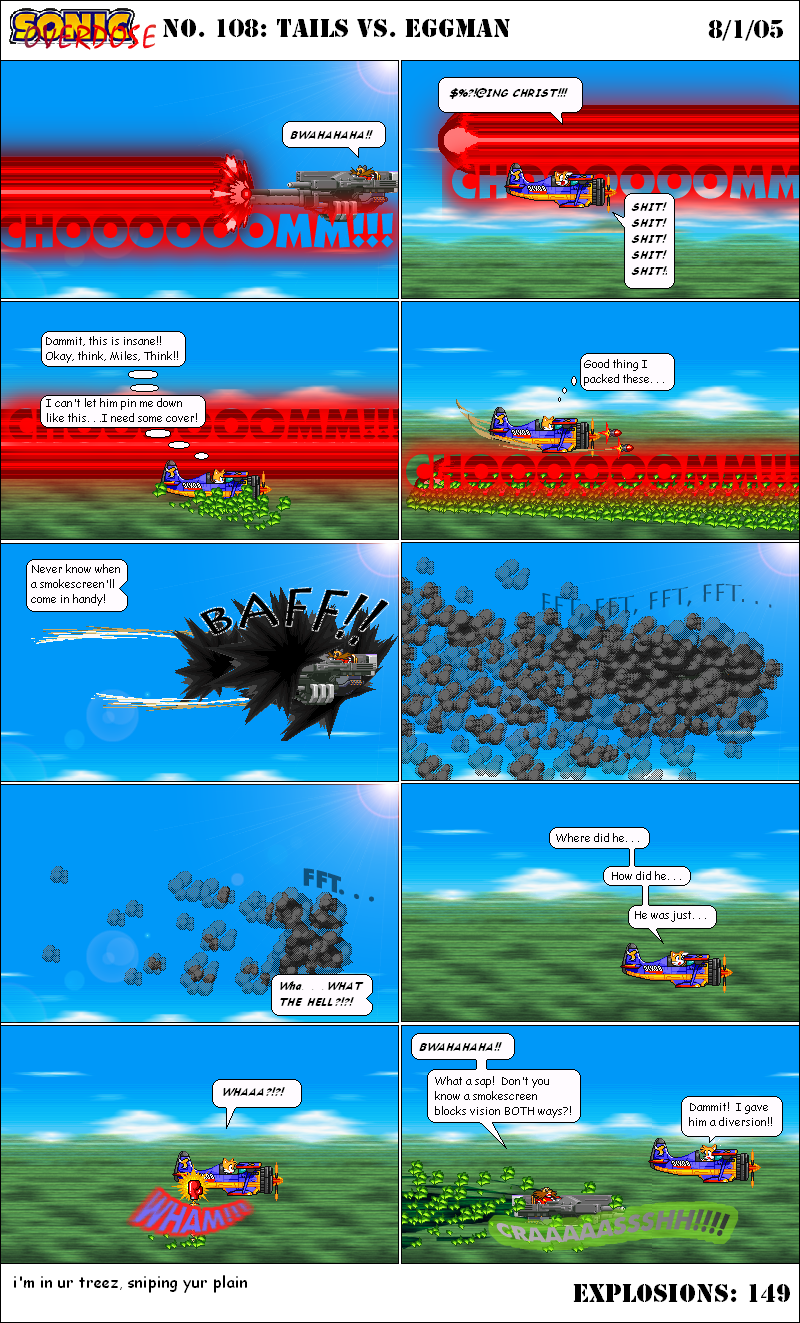 . . .For some reason, I really like this one. Maybe it's just because I put a little less than six hours straight into it.

crap just found and read, and now its dead. =[

well... crap. i was really enjoying this comic too...

DUDE. ITS BEEN A FREAKIN' 2 AND A HALF YEARS! EITHER U CREATED A NEW ACCOUNT OR U GOT A MESSED UP COMPUTER!

Dragonbreath, if you're there pleeeeeeeeeeeaaaaaaaaaaaassssssseeeee keep this comic goin'! OK? Also, I don't believe you're dead. So for all the sonic comic fans out there, keep up the good work!:)

why must the good comics die young. well back to my comic

I miss this comic... IT WAS SO AWESOME.

Okay, well, it's been exactly ONE YEAR, and he hasn't updated. This comic is dead. Un-faved.

Awesome. I'm hoping my comic could get this good soon.

@wierdo: Okay nobody seems to be able to find it so...Why don't you give us the url of his comic on that site and prove he's still updating? Also anyone can get accepted into TWC. You just need a name and a comic.

That laser is awsome.

Leave him alone and if you want to read a comic that bad go to sprite happy comic. Or go to the begginning of this comic and start all over.

Can I stab this comic?

Hes got things to do, so go away!

Dude, are you like, dead? :o Been a while since you updated.

...ok, so the 1 rating point as a hostage didn't work. so instead, i intend too use real hostages. i will be holding the 5 ppl closest to you as hostages. what's that you say? they're still around? well can u say clones? anyways, they will each be slowly tortured each week i don't see a comic. and you will know when i start because the clones will feel the pain too. anyways, is this enough motivation 4 u? they will be tortured 2 death by the end of the year. so u better hurry

Tails is too smart for his own good. What Eggman said was GENIUS!