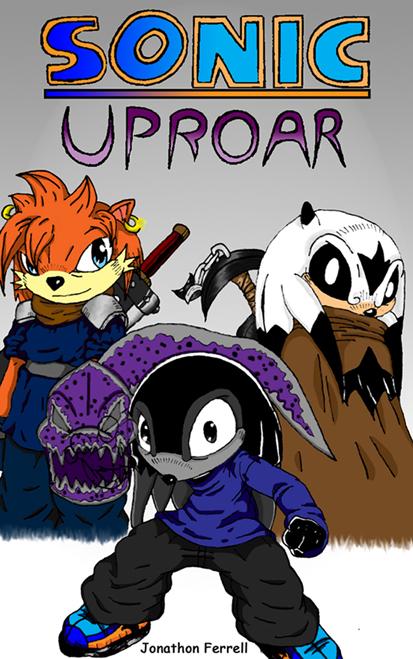 This is Sonic Uproar a comic I created based around the old Archie Sonic the Hedgehog series. A few characters from Stolidus Longinus came from this so if you read both series you can laugh at the comparison.

I started this series in the 8th grade and this is the redux of the original comic that I started after completing about 9 issues of it. I got to the second issue of this redux before stopping but this redux is in manga form like Stolidus and all my other comics so its read from right to left and have at least 200 pages per volume so I have a little over 400 pages to upload for this comic. If this comic gets a good reception I might even continue working on it. XP

Although It's a Sonic style comic it has a pretty serious and violent story which is why it is rated mature.