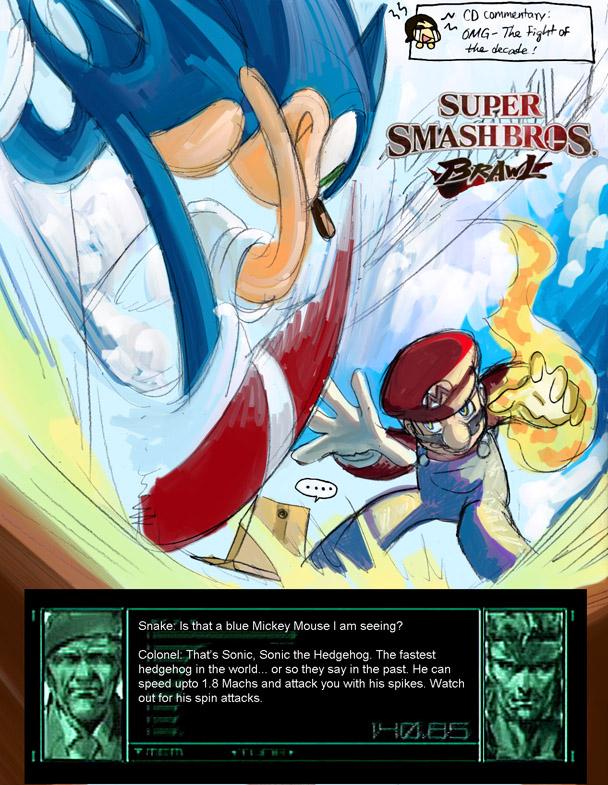 Man, I can't wait to see what Rouge will look like as a human.

...I've never seen such a beautiful thing honoring Sonic...*tear* I love this...I've tried to draw Sonic and Shadow has humans many times before but pretty muchly failed...

Definitely Keeping an eye on this comic as well, Faved.

kaede: the updates on this comic is only "whenever I have done some more fanart work" That equals to "whenever I feel like it." XD So just check out my other comics in the mean while. I don't plan to make a living based on doing sonic stuff.

spoo: no. I made that up. :P My bro edited it to that stage.

Is that the actual Colonel/Snake dialogue?

Alright, no hard feelings here, he apologized in the PQ. Everyone, give him a break. XD

Actually... I am using the same name if people didn't notice.... ^^bbb

HA HA HA HA ~~~ *rofl* Masashi Kishimoto: You can go to report me, I probably will say ok, let it go. Because it's the original author posting it on DA and DD. XD If you need proof I will post my lineart, ok?

Shut up, Kishimoto! This is the best sonic comic that is not a sprite comic I've ever read! And has it fit in that little pea of a brain of yours that it might be her under another name, hmmm?

You stole this from Deviantart!!

i love how mario is in that style, ive always wondered what he'd look like like that.