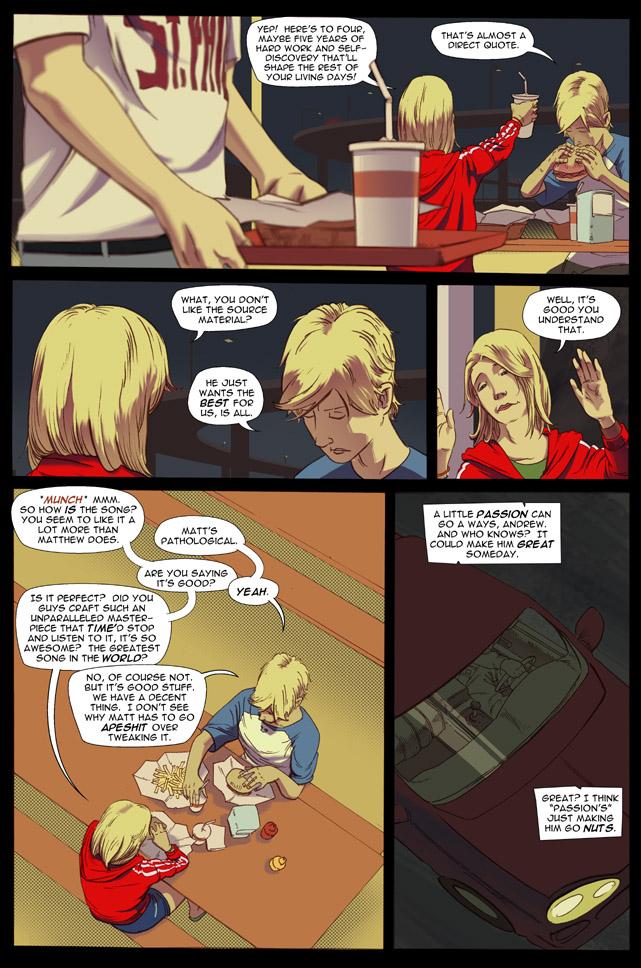 Excuse me but how do u do your art work? you do it all on tablet/ mouse? or u draw pencil then scan or pencils, ink, scan, lvl adjust, etc... can u share the secret to achieve such a lvl of excelent art as yours :D

I'd almost forgotten just how good looking this comic was until now :)

Ooooooo, I just discovered this little gem. Nicely done. Will fave and return often. Scott out

I would love to see this continue. You have an amazing style. Hats off, sir!

update...I heard the gigcast driveby review of your comic and I totally agree...it is great. UPDATE!!!!

Speechless. Its just print ready. All we can do is enjoy the free read on the Duck. Did you get the deal with Tokyopop? U got my vote hope it helped

Great use of blur in the top sene there. This whole thing is really top-of-the-line work.

Your whole comic just astounds me, but my favorite part is the coloring!

Nice overhead angles in the bottom panels, and the color and shading rock as usual.