Sticking Sporks in Something Else 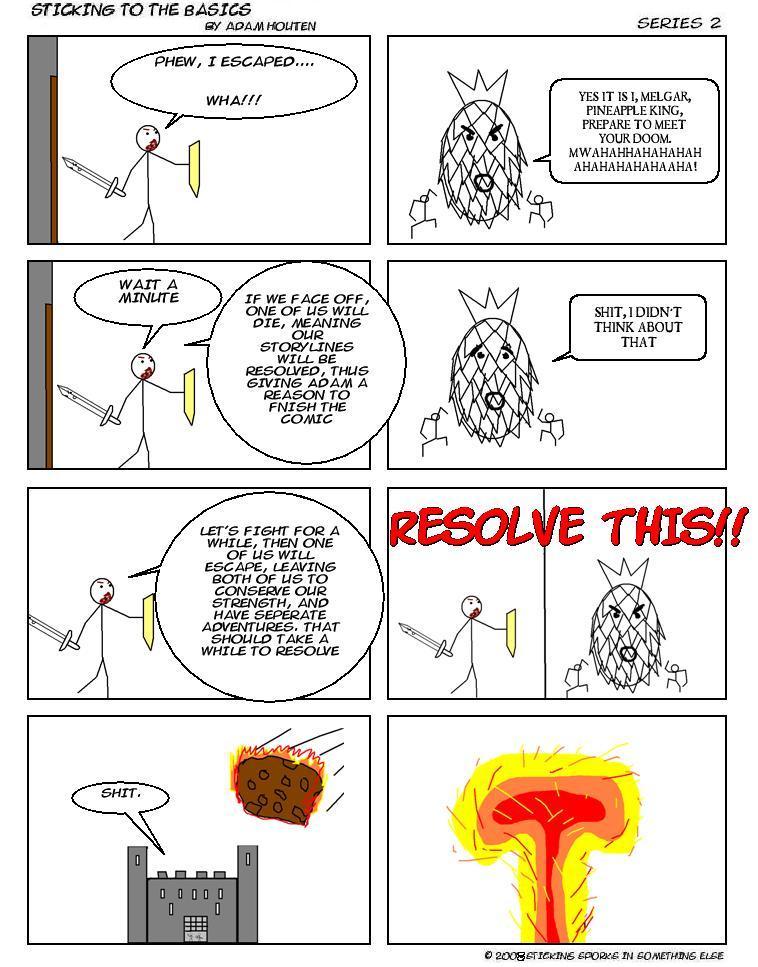 Yes, I regretfully inform you that this will be the last comic in the Sticking to the Basics series, and also to the Sticking Sporks in Something Else series. I hope you've enjoyed reading the comics on offer.

In retrospect, it was a little late to post this - I had intended to clear up more storylines (or at least introduce a possible one for next season), but work got in the way, so I've decided to post this age old comic instead.

Not all hope is lost! I have started a new comic series with three weekly features (unfortunately no Dave this time) including ‘Stoner Joe’s Magic Comics' (yes, the very same) and a comic series by two French Canadians. My comics will be taking up a completely new narrative and artistic style, which I hope you'll prefer. ‘Tales Of A Dancing Corpse’ can be found here:


Also, at some point in the distant future, I intend to finish remaking all of the Sticking To The Basics Season 1 comics, of which I have remade 7 so far, found here:


So this is goodbye for now.