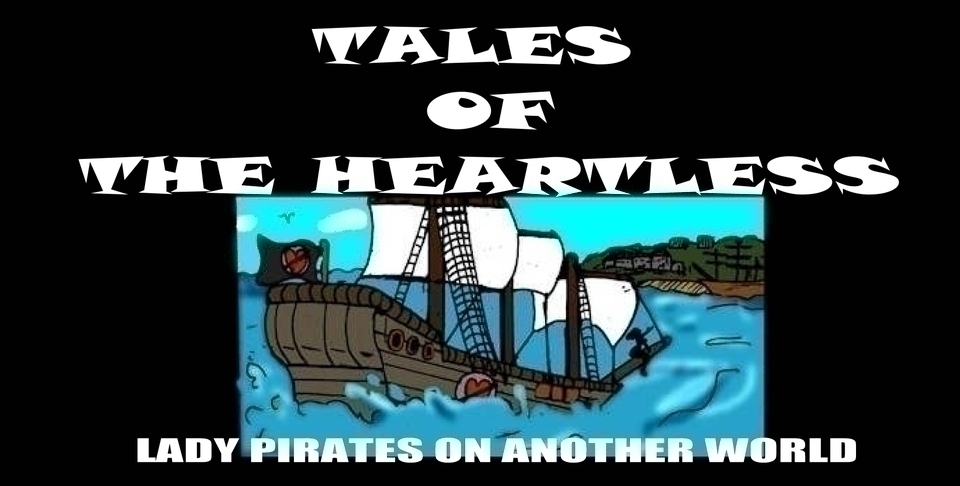 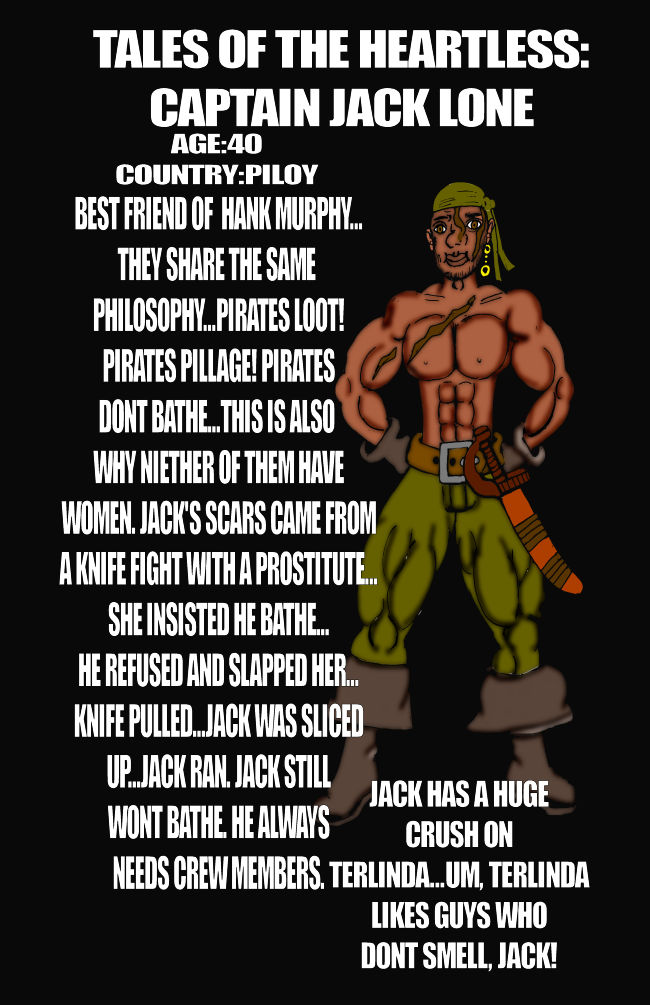 Tales of the Heartless(Jack Lone)

BEST friend of Hank Murphy…they often sail together to loot Tergan, Tendrin and Granly ships of their booty!um…like his buddy One Leg Murphy…Jack refuses to bathe…Pirates LOOT! we Pillage! we dont bathe!(philosophy shared by both Jack and One Leg Murphy) Jacks scars came the same night One Leg Murphy lost his leg…Jack's prostitute called him a filthy smelly pig, and demanded that Jack bathe… Jack, insulted, slapped the woman…she pulled out a knife, and the fight was on…Jack got diced up, and ran for his life…his scars are a reminder of that night.Most days, he has plenty of looted gold coin…and..if asked…he'll suck it up, and bathe. ‘'Showers? too much money to install, and they take up valuable Ship space,’' Jack believes.

do your nose a favor...dont sail with them!

This not bathing thing is a recurring problem with pirates, I see...

with SOME of them.

Maybe Jack Lone and his crew need to jump in the water and cover themselves with remoras (AKA suckerfish). I hear that's the manly way for a pirate to bathe! XD XD

He and Captain Jack Sparrow or one in the same XD

Jack takes baths! at least I THINK he does!

Jest walk ye plank an' dive in the water. Arrr, we'll even toss ye a bar o'soap we will. Watch for the sharks arrr--

LOL!!!!!His whole crew needs to do this