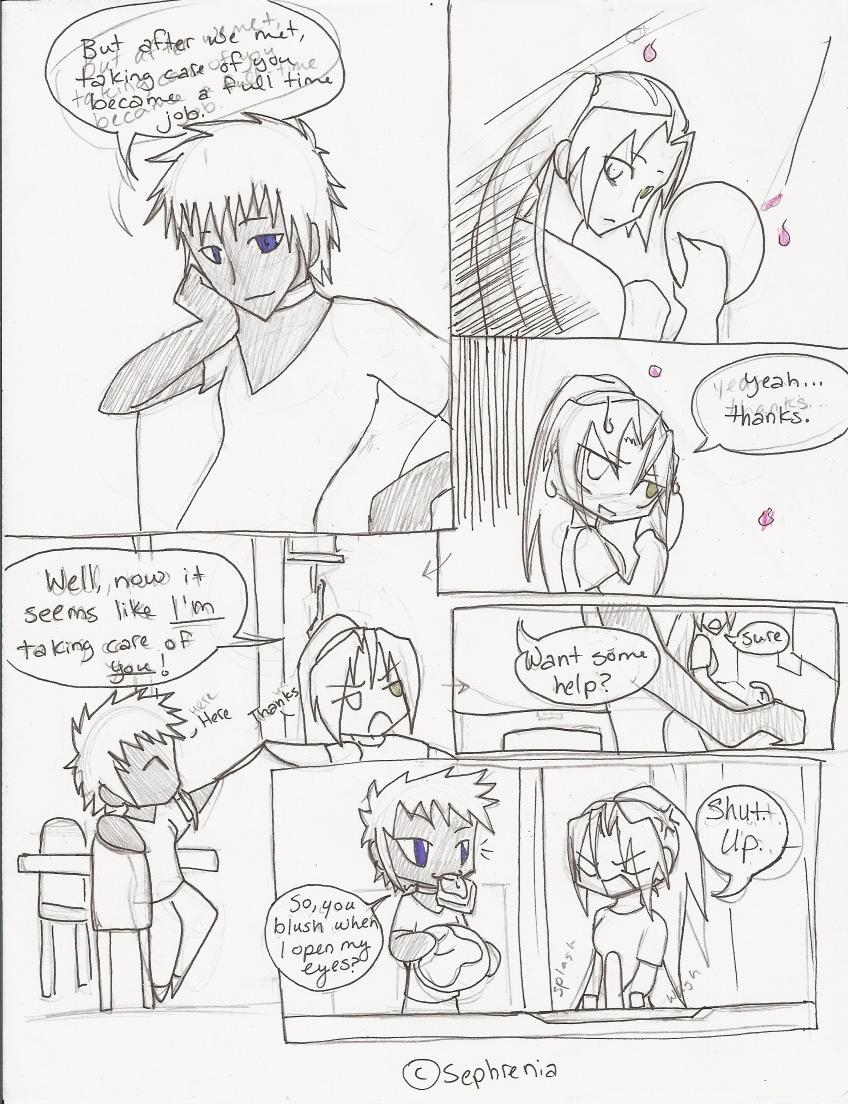 GAAAH! This took way too long to finish. When I first worked on this, it was so totally just ready to be inked and I just left it to die…

So, I inked it really quick. I'm sorry for the erasing mistakes.

After this one, I will start to use my current style, instead of this outdated one.

Yeah, so Testing Eve is “officially” off of hiatus I guess. I hope to do more soon. I'm now doing two comics if anyone cares. (technically three, but that one is really random)

The other comic is called “Introverted”. Go check it out. It is actually colored.

i luv ur comics