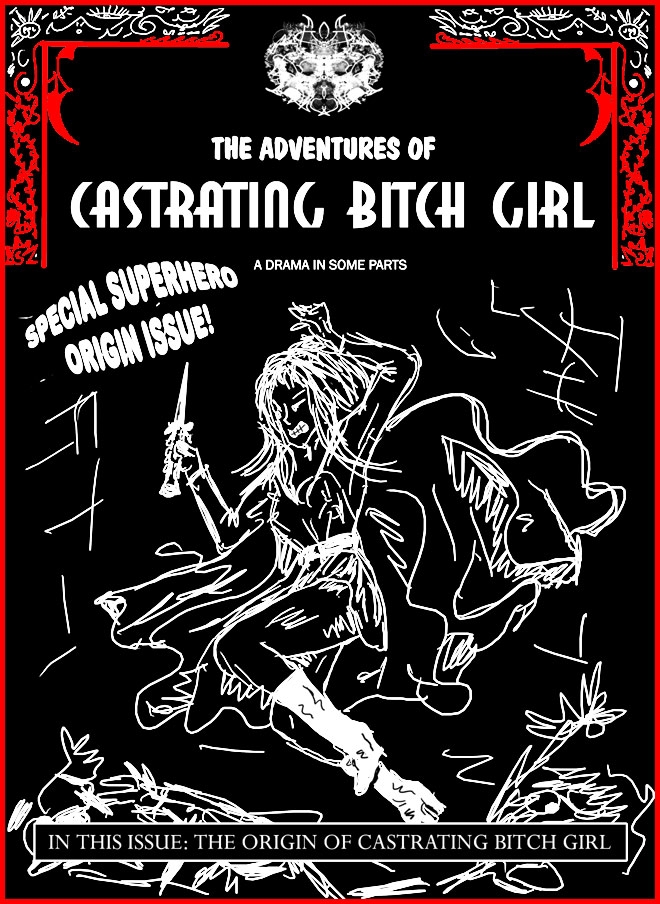 This is the Home Page for the Graphic Novel/Superhero Comic, The Adventures of Castrating Bitch Girl


Castrating Bitch Girl first ran as a feature on my other DD comic, Too Bitter For Words. At the time, I had believed the story to have been told complete. Apparently the story had other ideas.

On January of this year, I began running it again from the beginning on its own page, and somewhere along the way, new things began to arise from the deep, dark place from whence the original tale had been spawned. There was more to be told. And tell it I shall. And I shall until it is, indeed, told complete.

CBG updates on Sundays and Wednesdays.