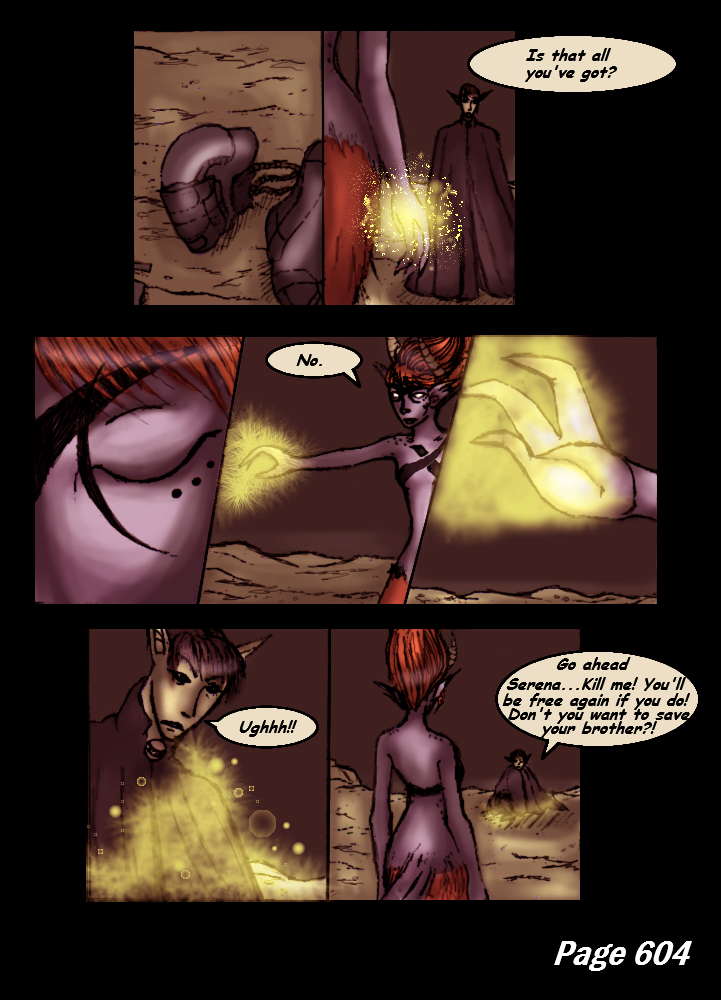 Thanks everyone for your patience and support :3. I present you with a page this Monday! Yay! :p

Since when did all the organization of different chapters disappear? o.0

I was really surprised to come back to this and find not a single update!! I've been wondering and wondering how the story would end... It's the heat of the fight! Don't remake it - don't worry about the past and keep on going into the future!

Hi guys :D I do plan to bring this webcomic back someday :3. Just needed to take a break to build up more creativity so to speak :p. I might even remake this thing sometime too xD who knows?

Dude! Where are you? Hope you haven't fallen off the egde of the world. Also hope all's well. Artie

the colors you do always get me drawn in. i hope you continue this story

She didn't seem too happy with him from the start.

Great job on the effects!

Sounds like the "kill me" dude suspects that Serena doesn't have the resolve to kill him. Well, perhaps she didn't before, but if he keeps riling her up like that she might... XD

I agree with artdude, he sounds suspiciously willing to die.

I love the effects on this page

He sounds a little too willing.

@ Jinxminx: Maybe he's like Obi One and he'll become more powerful than she can imagine.

Hrm usually when people say to kill them it's because they're miserable or they can't die.

If I had a nickel for every tome that happened to me... :P

Ugh. I hate it when people tell me to kill them. Makes you suspicious.

ohhhh to kill or not to kill