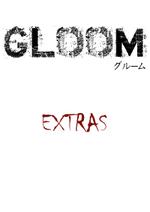 As I said in the last update, I'll bring you this little resume all the vampire stuff in my comic.

Obviously there isn't all the info because that will ruin the experience. But I think this will give you a deeper landscape of The Gloom.

Thank you so much! I really appreciate your comments and time reading it ;)

Nice! It's so awesome to see all the neat tidbits about the world surrounding the characters. I never would've thought there'd be so many different levels to Vampires.

Nice, and I'm looking forward to that "Lost Chapter" no matter how disturbing it may get in the end.

As I started I just wanted them to be beings who feed on blood, but nothing more. That's because in the first chapter their 'claws' looked completely different (I don't know what was I thinking XD) and then changed to a more traditional long nail style adding some veins/cracks to make it more appealing. Even so, Hitomi granted Hayate permission to enter her house as if he were a vampire. And one last thing, I'm working on to bring the 'lost chapter' (chapter 5) of the one-shot before I decided to expand it, it's really a disturbing end though. I'll announce it later ;)

Oh, interesting, I never knew that. Out of curiosity did they these "Hybrids" have the usual vampire traits or did you add those in when you decided they'd become Vampires instead?

Thank you! When I started this story as a one-shot they even weren't vampires, I just call them "hybrids" but as people get more interested I decided to expand the story and give them proper vampire status.

I really like your description of the power levels and the vampires capabilities. It's very interesting.

Thank you Roma, I really appreciate it. I worked hard to make a more interesting background for the vampires ;)

Quite a lot of detail in there and very specific references. These aren't your Hammer vampire movie franchise vamps.

I love these detailed presentations of the creation behind your comic. I actually like the title "The Gloaming" I think that would have fit your comic and it's very original and kind of eerie sounding. Wow, I had no idea Hayate was a reborn vampire! I'm really curious as to his human past and how he died now! When it comes to the saiyans when they reached that level you thought was ridiculous, well it was the heights of a GOD. And you can't bottle something up and stop it from getting stronger, I know it seemed silly to you but in reality if something like a saiyan does get that strong they would travel universes and not just stay on one planet. I think where DB had you lose interest wasn't the ridiculousness level of power they were getting to but the lack of excitement and discovery went away for you.

Thanks Jason! Really want to show you about Hayate's past life, it will be a very surprising story arc. And about DB, you're totally right! After the Namek saga DB changed totally to me... and that time was in 1999! XD a loooong time ago ;)

Very well detailed. I just took a class called History of the Vampires 101. At least we all know Hayate isn’t the strongest, at least not yet since he’s a Class -C. In addition, now I know why Kira was able to take him out in the beginning. Class-A Vampires overpowers Class-C. I wonder if Hitomi’s blue heart may give her some powers but then again it does have an extraordinary side affect. But here’s my guess, I believe Hitomi’s heart my not only give her powers, but could give Hayate a super charge power up (considering she’ll soon be his blood servant) So he can take Kira out. At least that’s my theory.

Wow! Very interesting theory Chris ;) And there's a lot of events to come, including Kôkatsu's introduction... and new students ;)