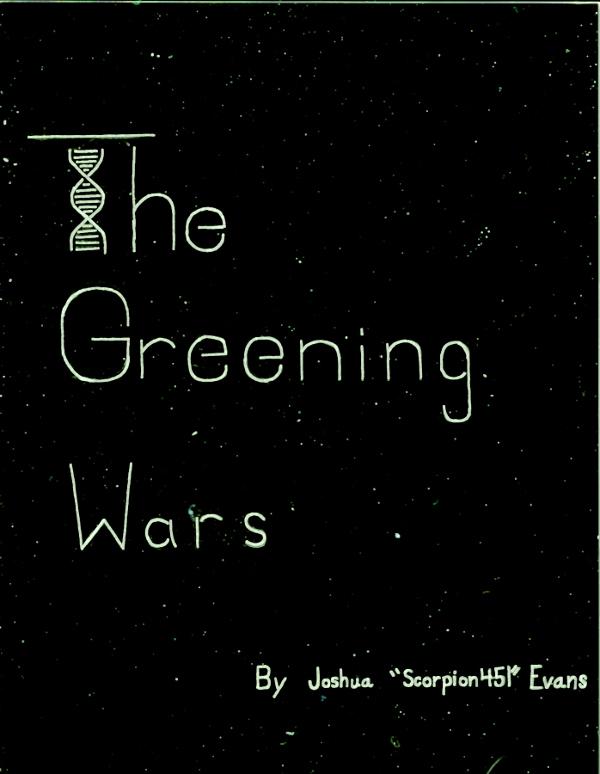 I would like to dedicate this comic to my family for putting up with me over the past few months as I went from some scribbles in a notebook to a project which became a full fledged dive into the world of comic writing, and for being so supportive as I realise most parent's worst nightmare: “I think I want to write comic books for a living” Thanks.

Hate to sound like a dumbass, but how do you add a comic to your favorites

Thats a hard question to answer... Its a combination of a lot of things, really. My observations of human nature, science, technology, philosophy, current political events, climate change, and how the more things change the more they stay the same, mixing with pop culture, cartoons, fringe culture, conspiracy theories, classic science fiction, pulp fiction... and a little bit of me being outside of what most people would call "normal".

I am usually not a fan of comics with furrys, but I'll make an exemption for "The Greening Wars." The conflict between Man and Transhuman, ecology and technology, biotech and hard-tech,the apocalyptic survival, I'm very curious to how the story will continue,I believe it has a lot of potential, and judging by what you have posted till now you're going to fullfill it and then some. I am very curious to what your inspiration was for this comic.

Bandwidth and memory restrictions on the homepage mean I can't host the comic on my homepage, Lack of custom html, buggy subpages, and continuing site issues on drunkduck mean I can't have a proper frontpage and subpages here. This way, I can have my cake and eat it too, by essentially making drunkduck my archives page, and also having a site where I can do whatever I want to the code, and crosslinking the two. XD The comic is here, but the blog for the comic, my links, chatbox, PW ad, and other stuff I'm working on like character profiles and easy to access forums, are all there or going to be there. Eventually I'd like to get to a point where I can have everything under one roof in one place or the other but for now this is the admittedly rather unconventional solution I'm working with to make the most of limited resources. It's like a mule- not the prettiest hybrid in the world, but it works. XD

Your home page links you to here, but then there is a link here back to the home page. What is the point of the home page if all the comic is here?