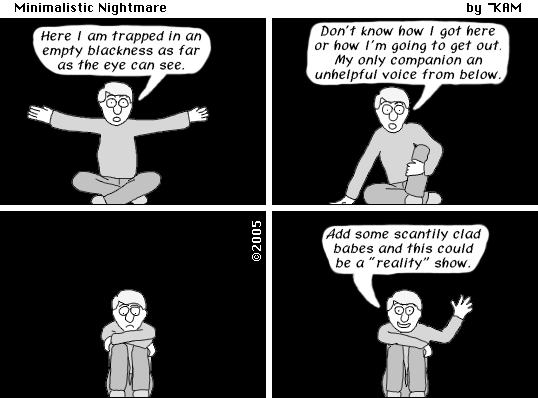 Bit of a recap for those who haven't read, or forgot, the first 4 strips of this series.

It wasn't meant to be so long between appearances (around a year originally). I had 7 strips written up. I was planning to do 4 one week, and do the remaining 3 a few weeks later. When it came time to do the next 3 I found I hated the first two & the third one would only work if I had a few cartoons ahead of it.

Recently I looked at those scripts again & didn't think they were so bad, then I thought up some more gags, then I decided that those original 2 just weren't right for this series anyway. *shrug*