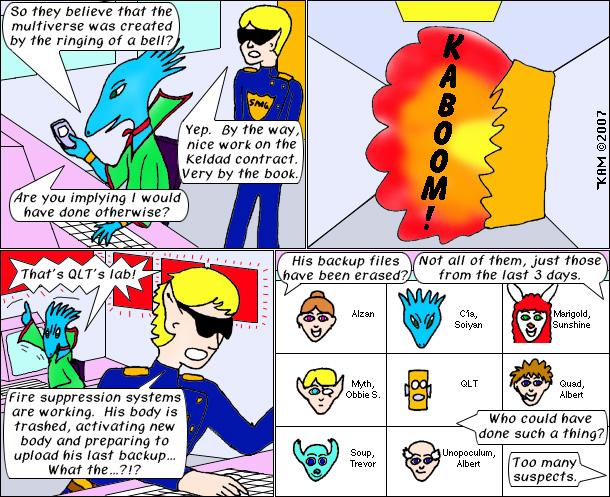 In 20/20 hindsight the problem is pretty obvious. I was trying to tell a comic book style story with the restrictions of a webcomic, without taking advantage of the advantages of a webcomic.

I start off introducing characters with a one pager showing them in extreme situations so you don't get any idea of who they are normally.

Although because I'm part of a massive crossover I can't really take the time to do that kind of thing now because I'm scheduled to do certain strips in conjunction with other comics.

BTW despite what was implied by SMOG 2 Soiyan did not negotiate a contract with a child. A regent was appointed to rule in the king's name until the boy was old enough. (One of those things that got lost in not taking my time with this.)

Soiyan reminds me of Spock =-)