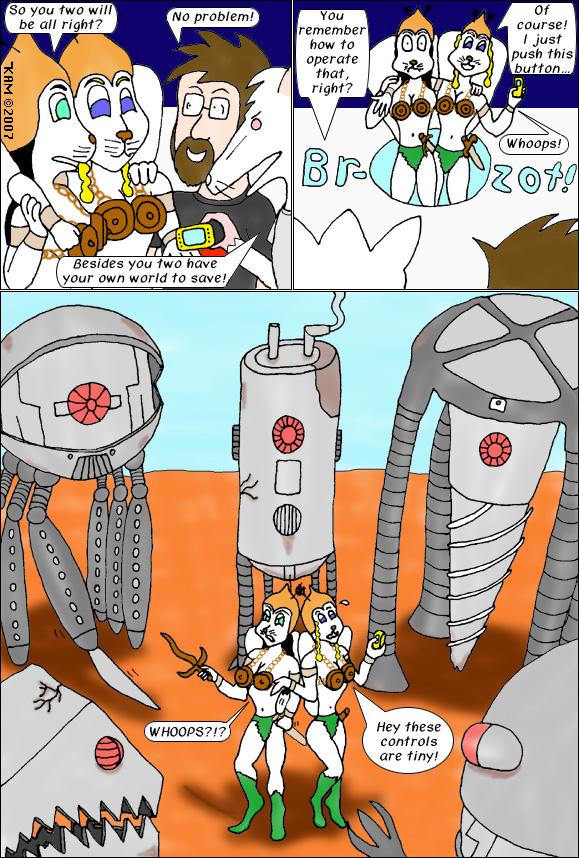 A Pessimistic Sense of Gertrude & Brunhilda 9

A nice return to Old School Gertrude & Brunhilda there at the end. ;-)

The story continues from A Pessimistic Sense of Inadequacy, but the fight against Kerr will continue in PSI without the girls.

And I'd just like to say it's been great working with you Fes & thanks for keeping the Squirrel Wars from being a train wreck!

Where have the girls ended up? Why the world of Project A.D.A.M..

Unfortunately I'm already scheduled to have the Drunk Aliens appear in another battle of the Crossover Wars, so it won't be a crossover per se, but Project A.D.A.M. will have the girls for a little adventure. So go read his comic.

PSI's Best. Crossover. Ever! Well it's only my second one, but it rocked out for 3 weeks!

Damn those are some big robots..

Yep, back to old school... they are in trouble again! :P

Wow, those things look like the Dalek's uglier brothers!