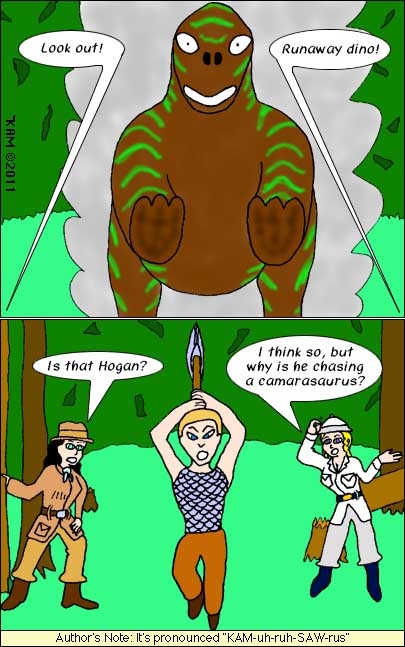 Actually the most commonly found sauropod (yeah, I should have drawn it in profile instead) it's oddly overshadowed by it's more famous long-necked brethren Apatasaurus (aka Brontosaurus), Diplodocus & Brachiosaurus.
The nostrils bothered me. It's more likely that instead of the nostriles being right over the skull openings, they would have had a nose that extended out so that they could smell things before they ate them, but since this gag depended on identifying a specific dinosaur I had to draw it like it looks in reconstructions. *shrug*
This is a part of the 2011 Halloween Cameo Caper.

Oh no... look what you have started :o

because it took a naughty photo of Hogan?