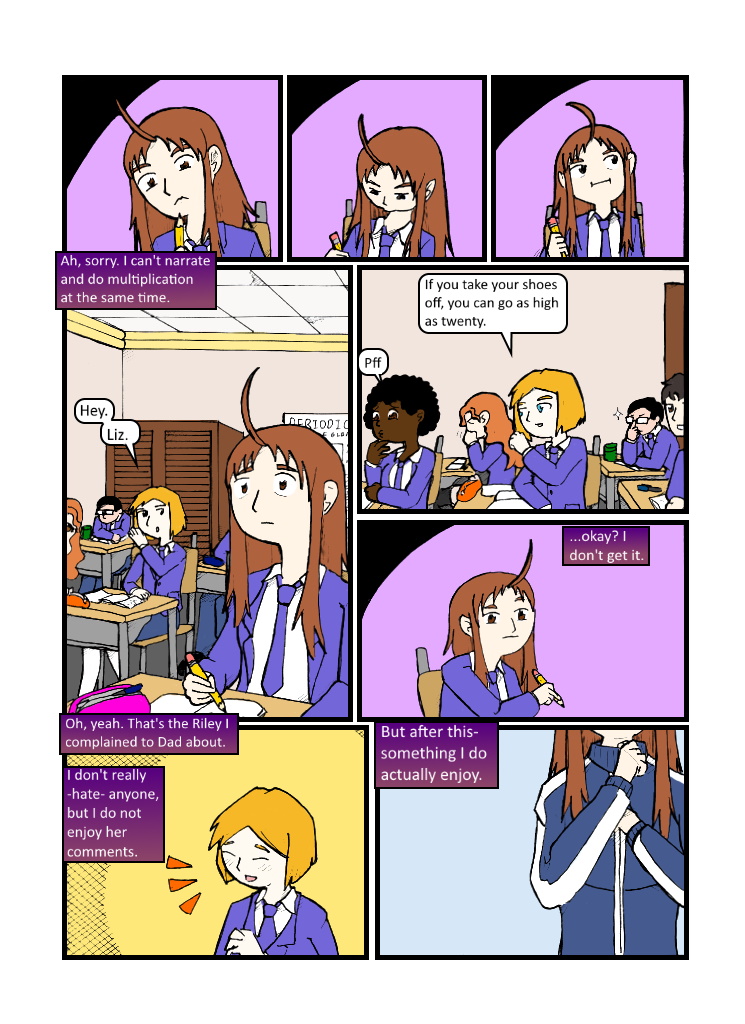 Aha! I can talk about Riley now she's made her first appearance… in this comic, that is.
See, Riley has a longer history than most of the other characters in this comic. She actually made her first appearance online way back in 2015 as a cameo in Coga Nito's Hallowe'en Special, which we will of course be politely ignoring as it would raise all sorts of canon questions that I don't want to deal with. Ahem.
Anyway, the intention, back in 2015, was that my next comic after Coga Nito would be another sort of a transforming hero thing, of which Riley would be the protagonist. It was going to be set before Coga Nito, but she'd die at the end, and there'd be an implication that it was her ghost at the Hallowe'en party here. Spooky! But, clearly, I moved on to thinking about other stuff and that never happened.
When it came time to populate this comic, and give Liz a classmate to butt heads with, I figured, why make a whole new girl when I can just defrost Riley from the ol' brain-vault and let her actually be in a comic for real!
Remember, kids, recycling is good, and that counts for OCs too.

Perhaps the multiplication (by nine) trick works with toes as well as fingers.