The Order of Talis 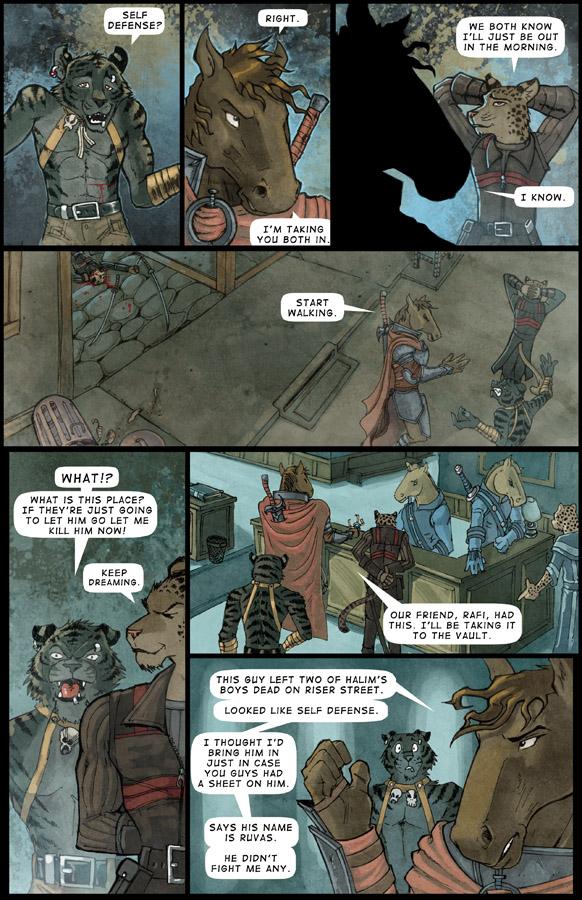 Thanks for bearing with me guys. Been real busy. ^^
Also, follow Talis on Twitter for updates!
https://twitter.com/Hyptosis

Brilliant work on this! How do you manga so many web comics. :)

is this comic over?

Ruvas has such peculiar expressions. And I'm digging the horse's hair.

I love the detail and coloring. Reminds me of a Marvel graphic novel, kinda. :3

inspiring to see such proportioned animals in a well realized world. RE - horses: horses as a scary group compared to tigers just seems like a pack group vs an individual group - an individual horse would be a target, a group of horses would be difficult to attack - so that rings true to me.

H-How are you colouring this?!

Horses must have some sort of super scarey reputation, otherwise those two could have just mugged him and legged it.

So the Equus are the enforcers of the law huh? Intereting...I like it!

Nice facial expression there in the fifth panel. Looks just like a little kid tryin to talk his way out of trouble.

Stupid horses are EVERYWHERE!!! I don't think the cats are going to get a fair trial. :P Looking great!