The Pirate and The Lady 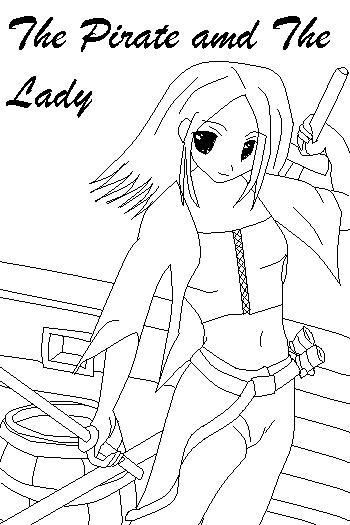 I'm gonna do a full color version of this page in the future. But for now, this'll have to do. This is Kitty Talyn.

Kitty grew up in Indonesia and Japan. Her father was a merchant who owned a plantation in Indonesia. He often traded with the Japanese and Kitty tagged along. While there, Kitty picked up the art of kendo, or sword fighting. She wanted to stay and keep learning but her parents found out and put their foot down. Kitty wasn't ready to quit and ran away from home. She managed to get a boat and set her self up as bounty hunter. However, no body wanted a female bounty hunter, so she hired Gill to act as a front for her. We'll meet Gill later. Let me know what you think!