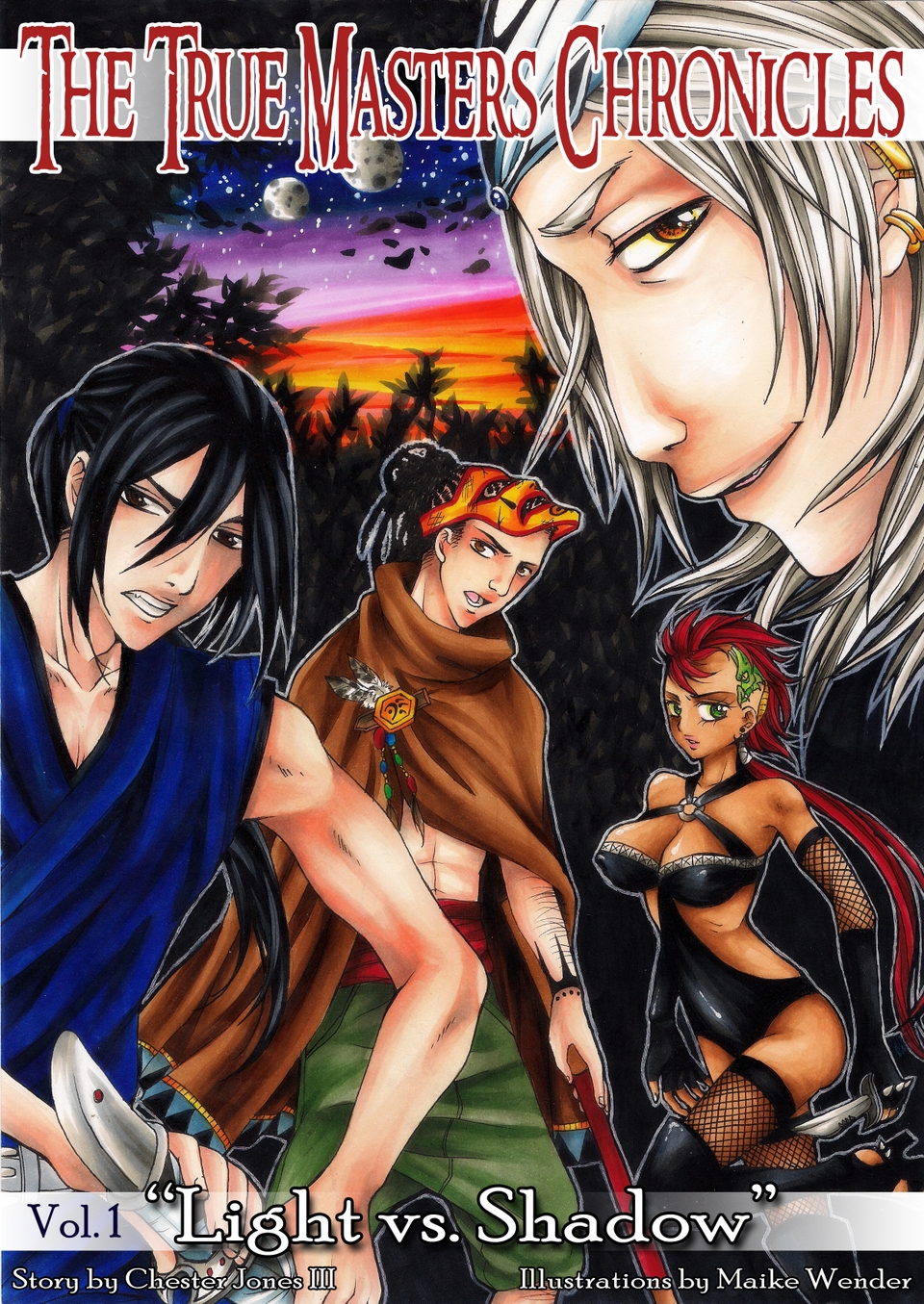 THE TRUE MASTERS CHRONICLES - VOLUME I. "LIGHT VS. SHADOW"

“The True Masters Chronicles” is a mystical martial arts fantasy set in an abstract world. Volume 1 - “Light vs. Shadow” introduces us to this world, the characters, and explores the specific theme of realizing one's destiny no matter the cost/consequences. “Destiny is not an option”.

“Unrest rules the eight-region Trysho domain. The unrecognized ninth region in this vast subsystem, appropriately named “The Dark Region,” has waged a war against their privileged counterparts, forcefully taking over each territory, one by one. When Leo Sumanji, decorated military general in the Lord of the land’s army, returns home to tend to his ailing father, Sitowata, leader of “The Dark Region”, stops at nothing to eliminate his former friend and comrade.”

STAY TUNED!! We will be adding 1-2 pages a week, most likely on Wed's. STAY TUNED!! LOOOOTS OF ACTION AHEAD! LIKES/COMMENTS/FEEDBACK ARE WELCOMED!

Agree with allanah, love the coloring.

Thank you allanah. More to come! Keep checking back. I'll check out yours as well.