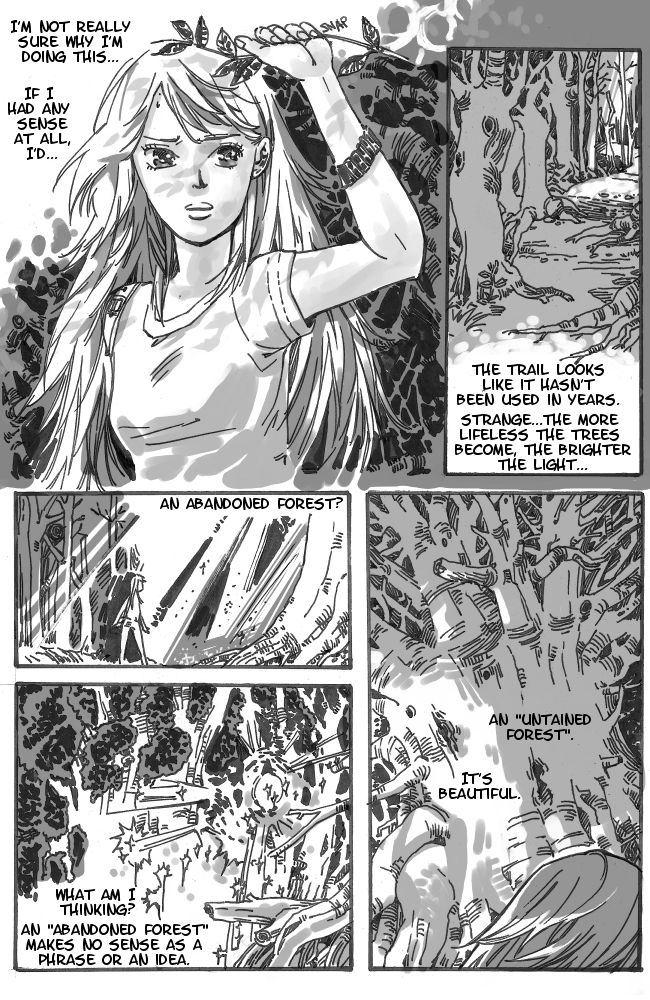 I used to have a comic up on the Duck from the insidious past. It was alright, and not that poorly done - in fact VG is more of a regression than a progression in comparison. But I deleted it recently - who wants old ghosts anyway? X)

Then it occurred to me that it and remnants of it, including links and samples and vote accounts, were actually in about a million other places on the Intardnet. Don't you just hate that? XD

This is so beautiful... hope you can come back to this one day D:.

i forgot all about this comic til now... apparently im not the only one.

Excellent quality! I'm going back to read this now.

I love all the detail you put into your art. I rarely find the patience for it in my own.

wow, I believe ur art work is more beautifull than mines, it is truelly lovely, and if u wish to se emore of my other ocmic check it out its called detectives wnted.

wow... I am so blown away! I mean your style as well as your skill. Have you ever considered doing a write up of your process? I am so intered at how you go about this.