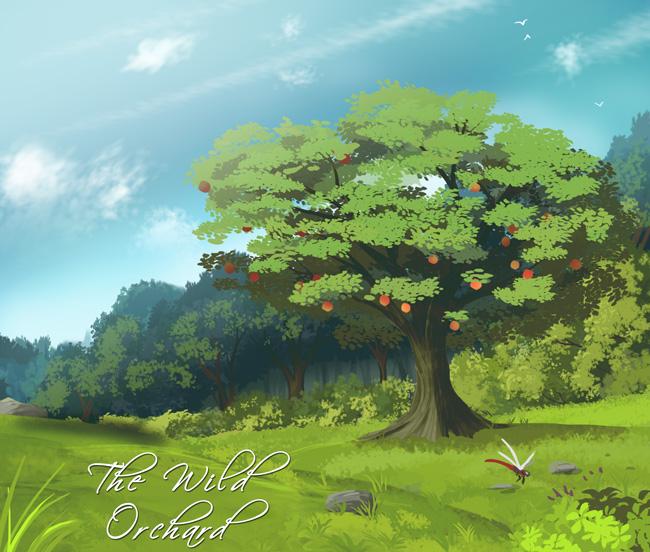 “What Beast of Chase
Hath Broken From the Cover?”

Please go to the first page and find out.

I'd be curious to know what you think after a second reading. Some scenes should take on a slightly different spin.

Why didn't I find this earlier? Why?! ;) This story is really genius and I think it works great as a standalone short. I won't say here what I love so much about it in order not to provide a spoiler. Anyway, I reckon both you and those who read it will know what I mean.

I wanna see more! Are you putting this on a site or something! It so cute! I love it!

...Well, now I realize several things. One being that your not going to update this thing and that her revealing herself was the ending. The other being the hidden meanings behind the insults/odd behavior of those dinner guests that were featured earlier in the story. Yes, I now see what much of the other characters were getting at... You were, quite creative in your work and story telling. :D If you ever do end up posting the 'rest' of your tale, drop me a message. I'd like to see the rest of it, if it should find its way onto this site in the future. :)

I am curious. Please do update soon. :D

Thanks for the in-depth look, Lasako. :) The trouble with trying to subvert expectations is the risk of losing readers before letting them in on what you're doing.

I've read this three times and I'm thinking about going ahead and reading it again. The first read-though I was, for lack of a better discription, disappointed with the characters until I reached the end (at which point I could have smacked myself). It really brought home how insenstive everyone was and just how difficult the protaganists life would be with not only how others viewed her, but also how she would view herself. Not to mention just how difficult it would be for her to manuver around in a get-up designed for human legs. All in all, I was delightfully incorrect in my first opinion, very original and unexpected. Fantastic job!!

pleeeeeeaaaase update soon? i'm dieing for teh next page

Awesome story! You're a great storyteller! And the artists you work with are amazing as well.

Thanks, Luccia. That helps me to know. I was concerned I might be overdoing it a bit with all that.

To me, yes. When Fauna reveals she is a fawn(or satyr), thinking back on certain spots it makes sense. Such as , yes her tripping. It must be hard to walk in a dress with hooves. Or when that guy was rubbing it in Fauna's face how 'delicious' the chick's toes were.

Do you think it was worth being a bit unclear in spots to create more of a revelatory feel at the end? (Same goes for the faux shojo "clumsy" cliche.)

I read it twice and ,indeed, some of the dialogue and scenes make more sense to me now.

i would love to see more of this story! please update soon!!

very interesting and quite unexpected indeed. Should we be expecting more fantastical beings from greek mythology?

Read the whole thing again.. I finally got all of the bold print. Haha... puns...

Gah, so excited to read more of this!!!!

This is a gorgeous story! I hope you all finish it and share some more with us.

Very nice intro. The artwork reminds me of Disney at its best, while the characters have the charm of a Studio Ghibli production. Delightful stuff!