The sword and me 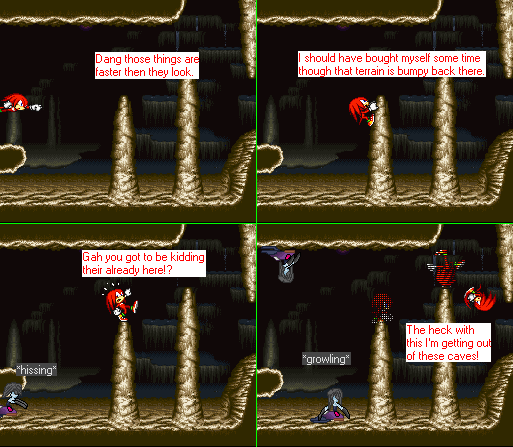 Sorry for the delay everyone I promise to update more often from now on!

Titan talk: Knuckles can't outrun the strange creatures they seem to be almost leading him somewhere…

(I didn't know you had chinese classes.)

i have to sing [url=http://www.youtube.com/watch?v=1Hgvzj1l4wE]this song[/url] for my chinese class mehhh

(Heh, could be fun.... But if you did, we might have to consider doing it again, as we could continue the story even further then.... And we might also need to make new sprites for it and or finish old ones.)

(Yeah.... I don't really see them their myself, but Blood does still post there, that I'm sure of, as he's RPing with me there.... I really need to get back to some of the other RP's)

(I don't know, I wish the others kept in touch with me.... I check in on this place from time to time though.)

[i'm so bored did everyone just lose intrest in this Rp?]

[BTW how are my drawings anyway?]

[no one in particular just a character i drew [url=http://i33.tinypic.com/2hz1jiw.jpg]this one is of Al[/url]

i also put both my drawing on DA problem is they are low quality [url]http://plasmaeclipse.deviantart.com/[/url] leave a comment on DA plz

right now i'm doing drawing for all my characters what are you up to Ulthor? [yay for small talk]