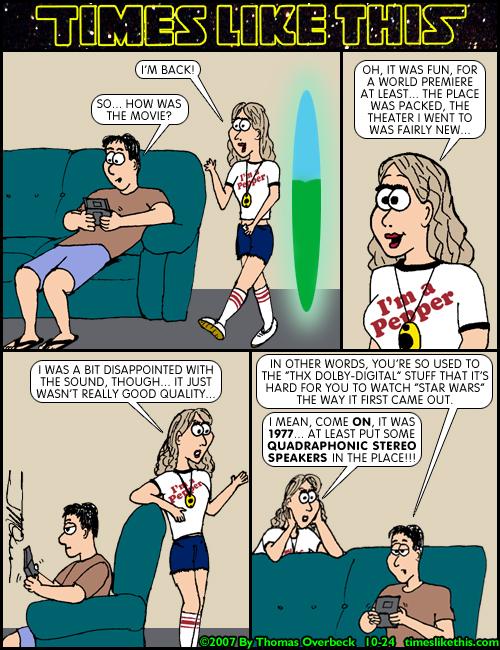 Since this came out, I really didn't like how Cassie's face looked in the second panel, so I retooled it several months later.

TLT Trivia: The first appearance of the “time window”. We're at Matt's place - part of an apartment complex built in the early 90's - so there would be empty land at that locale back in 1977.

I've just started to read the comic from the start. I do have to make a sound comment, at least here in Los Angeles the 1977 release was in 70mm 6-track format. I could add more but that would not be nice.

It's a good thing he doesn't live on the second story!