Where is the Witch that Wore the Watch 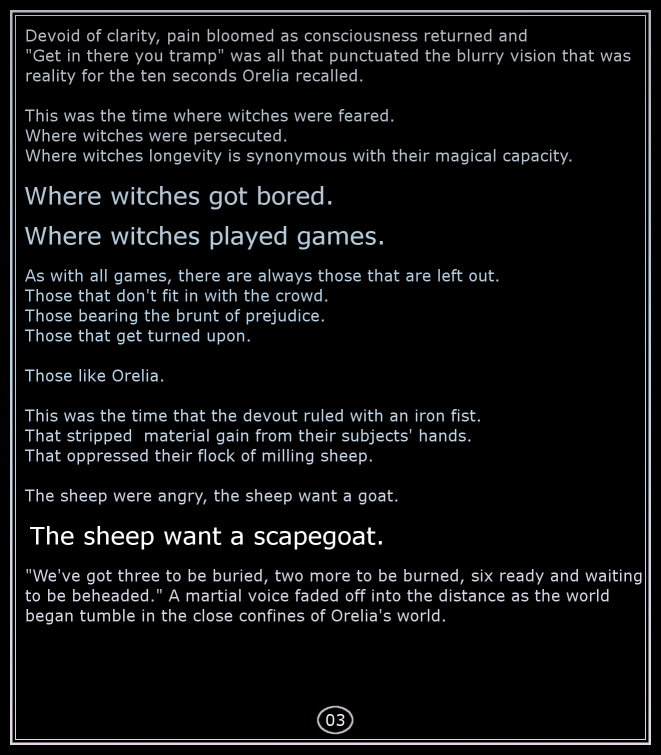 Well thats the prologue over I know I didnt even mention it was a prologue, and heck I might change my mind later and say its not.

This comic will throughout the duration of it will be switching between the layout beforehand as well as comic pages and strips this will be my (and probably lame) attempt at varying the way the story is being told.

On this page I sort of copped out I was having difficulty deciding what to draw so I just lumped more text onto this page than I had originally intended. I would also like to apologise for the time it's taken me to post this, most of the time was spent trying to solve the problem of what to draw, a good piece of news is that it has given me the chance to get on with the script.