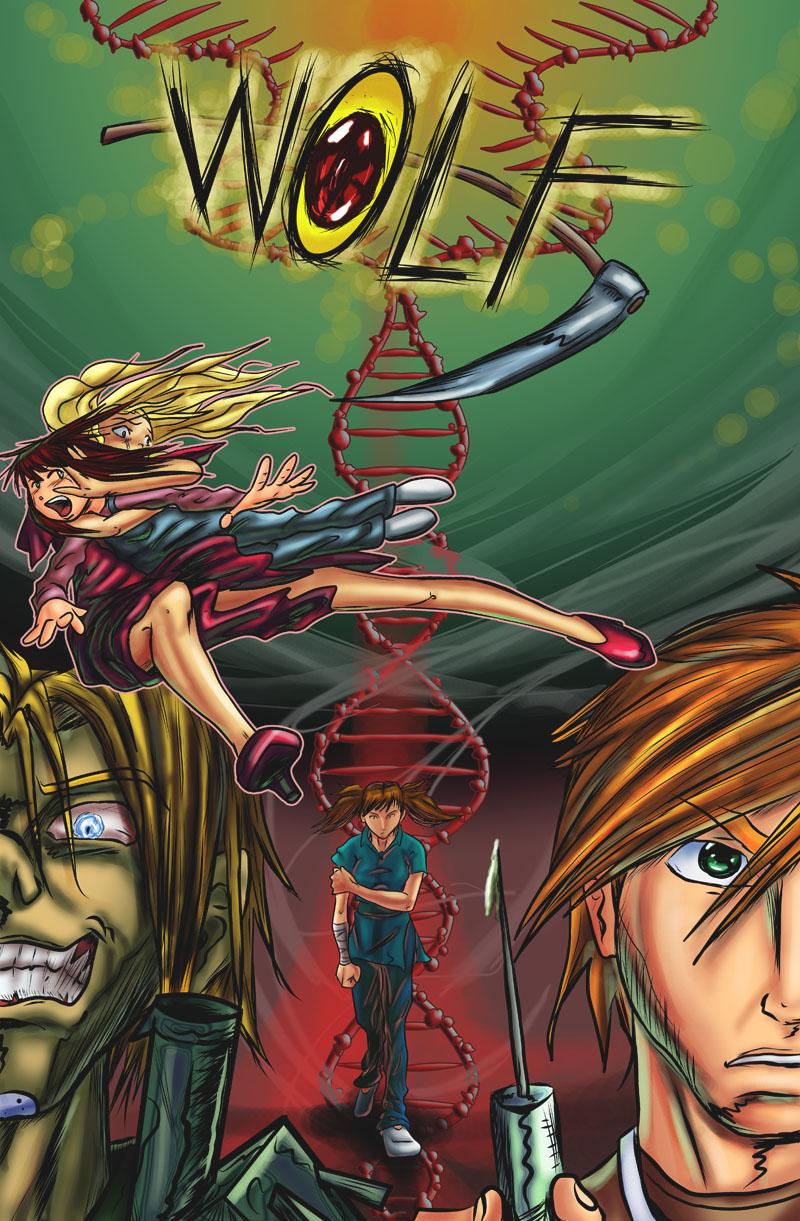 Here it is in all its awesomeness!

And here are all the comments that were entered for his piece in the main comic area:

So much to like here … I particularly like the way the DNA helix is unravelling at the top of the page!
-Posted on Apr 09, 2009

her legs are SO AWESOME… the shading overall is very dynamic and eye-catching!
And the eye in the “O”
coolll
-Posted on Apr 09, 2009

User: Darwin
WOW…that beats anything I could have come up with!
-Posted on Apr 06, 2009

User: usedbooks
Very actiony! Exactly what I'd expect from JNP.

I think having them in Reggie's palm would not be as accurate as this, since they aren't as much in his control as he would like. XD
-Posted on Apr 06, 2009

User: blntmaker
This page has all the emotions and twisted scientific thriller feel of Wolf! Hats off, JNP.
-Posted on Apr 06, 2009

User: JustNoPoint
It was a toss up of this or having the good guys standing in the palm of Reggie's hand.

I figured this one would be more dynamic and I think it placed all the things you mentioned that you wanted the cover to have.

It was really fun to make. And wow they look so much different (better) than the last time I drew them in my comic if I do say so myself.

wow... I think it summarizes Wolf's plot pretty neatly, with DNA's ribbons breaking to fiercely and all. I love it!