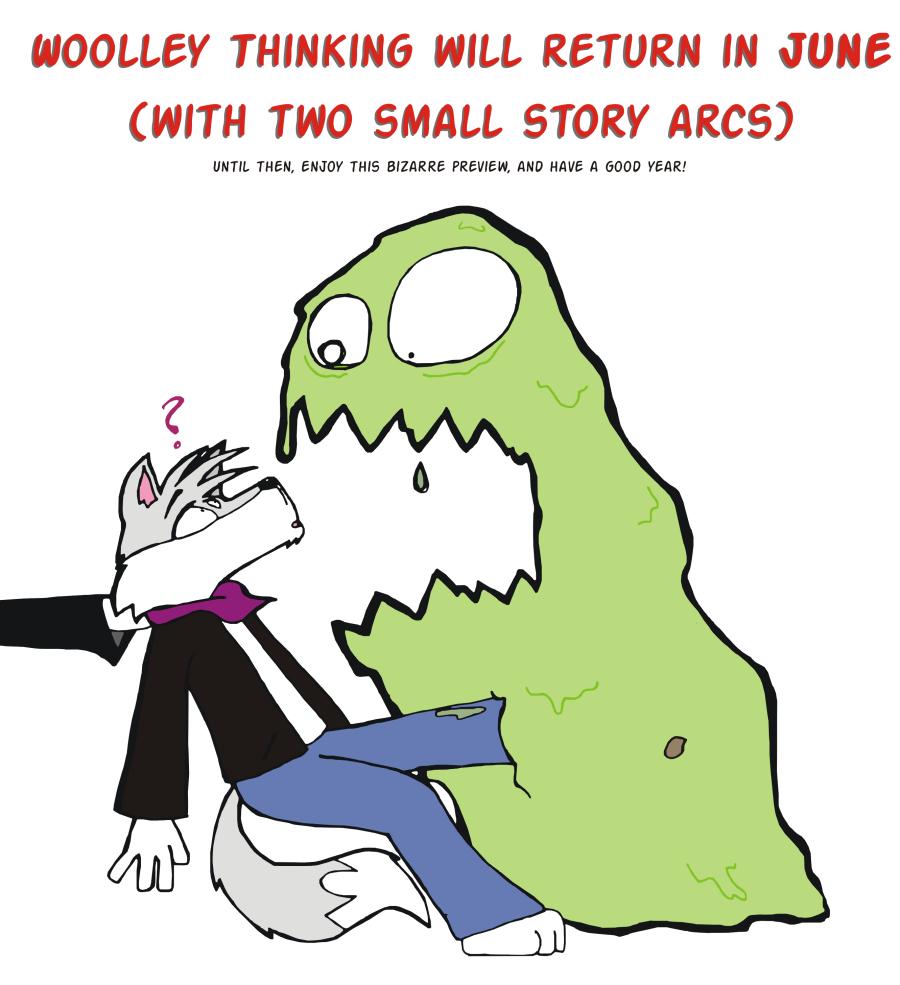 Yes, I'm very unhappy to be doing this, but I have a seven week photography project that I have to devote all of my time to..
And then an end of year show, university applications and other crazy shindigs.

So whilst I have two ready-to-roll kickass storylines if I do say so myself, I have to pause this. It's irritating, because I really enjoy DrunkDuck and drawing these wolves.

What is that monster? Who is janking Wolfy free? Well you're going to have to speculate until June.

Not dead, suspended animation. Finally got my password (reset by an admin). :)

Looks like it aint coming back in June, since it is now 2009.

I'm sorry. I've had a very rough year. I do intend to start making comics again, for this, and for a second project. I just need to reach the Christmas break, and take stock of the time I have free.

Tomorrow was a month ago already!

Yeah yeah, it's June. I'm buying in some paper tomorrow.

Is it almost time im impatient

His shoe is going to be ruined

Woo, I got my University Application Interview date today. 11th April. Now to wet my pants.

Wise words! Still I feel guilty. And so watching my daily 10/250 episodes of naruto (man that show is addictive) I'm inspired! I just don't know where to begin, it's a hard page to follow up :(

Just when it was getting cute too :(

My attempt at being seriousness was Herb, it didn't last long...wait when did I ever get serious..Best of luck!

Yeah, I'm quite down about it, but I'll have the strips ready and cleaned up. One is a silly story involving the gelatinous blob up there, and another is my attempt at something slightly more serious.