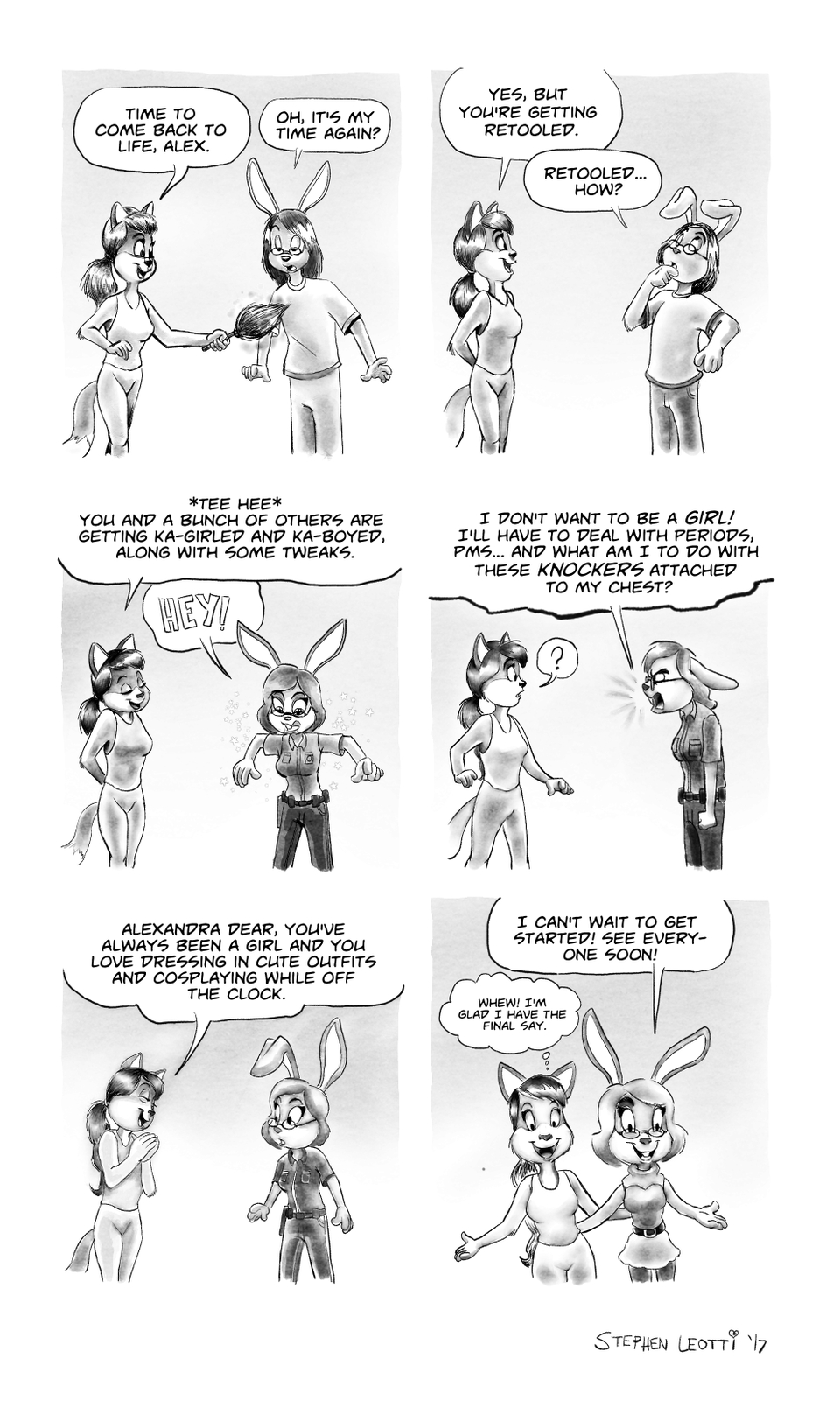 Many thanks to Stephen Leotti for agreeing to this commission. His art is awesome, Commission him!
I just wanted to get a quick comic done up to show over at Insanity of Xade on Drunk Duck and the actual site so any fans who never bothered to un-favorite the comic will know that I have something in the works. I'm using Unreal Engine to make it, so it will also be a game too! I'm working on the menu screens and such at the moment, background game mechanics, menu screen, hud, ect then I'll get cracking on the actual character creation and world design. I do have a human version of Alex, without clothes that I'll animate for walking and running, idle so I won't have to stare at that bot they use. I just want to make sure I know how to do stuff before I actually get down to the actual building. Once I get the engine the way I want and learn how to blueprint then I'll be able to churn out comics like you wouldnt believe. I'll even have a toon shader of my very own! I can't wait!

no, he was male now he is female :) But will she remain female thoughout the comic? Your guess is as good as mine

Thanks Ron! and thanks Nutster. I'll be posting a teaser here soon as I get Alex done in 3d and see about getting something cobbled together in Unreal Engine 4

What do you do with the fat mounts on your chest? Why, feed babies of course.