Ok this is just a thread about assist trophies that have made it to the game. :D

Samurai Goroh
Samurai Goroh is a pretty straight forward assist trophy, he runs around the stage slashing away with his sword, cutting everything in his path.

Dr.Wright
Dr.Wright is a awsome assist trophy, but his aim is pretty bad best to hold onto your opponents when he appears. He makes Skyscapers appear from the game for huge knockback.

Knuckle Joe
Knuckle Joe was said to be the best assist trophy ever for racking up damage in the E For All event. He has many variaties of attacks, while he also has high knockback, almost as good as Lyn's. He does a combo of strong punches (5-7% damage one hit.), followed with a Smash Punch which they most likley can't dodge which has a high knockback then a Final Uppercut with extremley high damage and knockback.

The Devil
The Devil is a straight foward assist trophy, yet very competitive. Which ever way he points move to that side, since the stage shifts that way. It will be very dangerous fighting on the side of the level so watch out and keep your sheild up when he appears.

Andross
Andross is back in his very first version ever, oh god damn he's ugly. :( He goes to the back of the background spitting tiles it seems easy to dodge but in E-For-All it seemed hard for the heavy type characters like Bowser.

Lyn
It seems sad she wasn't playable, she was my favourite. :( Oh well. She makes a awsome assist trophy she used her critical attack from Fire Emblem 7, using her Mani Katti. (NOT SOUL KATTI!) She strikes anyone anywhere accept jumping on in the air or hanging on the stage. She can attack her enemy even if their on top or behind her for awsome knockback. She was rated the BEST assist trophy with the BEST knockback.

Mr. Resseti
It is unknown, what he does except talk through the WHOLE match… Even when he was summoned at the very start of the E-For-All two minute matches. He kept talking, so it is known he talks longer then two minutes it is UNKNOWN what he does and he does most likley make your enemies go to sleep that is unknown, since that could have been, Peach's final smash it is unknown so don't ask until Smash it out.

Excitebike
Excitebike in his well their original 8-bit form… They are much like a few other AT's anyway, theres a crows of Excitebike people running and jumping all over the stage eventually off the edge… Bring a bit of damage with almost no knockback.

Lakitu and Spinies
Another AT in 8-bit, it does what is mostly does, throw Spinies that can damage players about as much as Excitebike, they are much slower which brings it own advantages and disavantages.

Little Mac
The legendary heavyweight boxer is back, as a assist trophy……… Anyway a pretty darn good one… Not as good as Knuckle Joe but he's alright. Unlike Knuckle this guy dashes around the stage running after his opponents. Giving them two jabs and one uppercut to finish his barrage.

Gray Fox
Nothing Original, almost exactly the same as Samurai, except with a Mono eye… And he lasts longer. AND is faster not to mention he can also reflect projectiles.

Saki Amamiya
As being a awsome assist trophy and all… I should talk about his other then him being awsome. He's awsome… (Lol) He is one of the very FEW! Assist Trophies that actually jump. He Run's and Jump's around shooting and slashing people much like Pit.

Stafy
A let down he wasn't playable… Though his AT looks like he's actually being controlled like a PC… He CAN be attacked but like Marth and Roy he has a counterlike attack. He's awsome VERY rare… To appear which sucks more. He's awsome forever. :D He could have been a playable if his games were released.

Waluigi
Another dissapointment… Not PC… But that's alright he hasn't been in his very own game yet so meh. He's angry about not being playable, he stomps his enemy in the ground then smashes them with a strong kick or hit with his famous tennis racket.

Hammer Bros
The famous Hammer Bro is here, what does he do? Throws his hammers around like mad. Not really aiming at anyone…

Nintendog
The puppy is here, it was never known he was a assist trophy… Until Assist Trophies were revealled. He's the worst assist trophy… But who cares he blocks your screen so you can go to your happy place while you wait for him to move. :D

Advance Wars Infantary
A group of soliders and tanks in their sprite form walk of the stage shooting bullets much like Excitebiker. (YES IT IS TRUE! It looks like a copy and paste edit, but I saw the movie it was in.)

Jill Drozer
She goes across the stage side to side drilling everyone who touches him. Search some battles on youtube, there was one of him. (No Pic of her in Brawl sorry.) 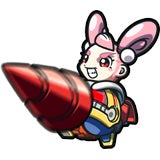 Metorid
Metroid latches on you, doing huge amount of % damage, while also being very hard to get off, one of the best assist trophies yet. (No pic of this ailien thing in Brawl, sorry.) 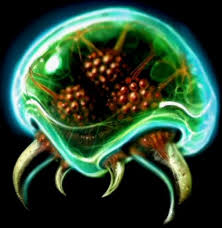