Some of you might've followed my first comic here "Electricity is her Element" which featured KerBop.
I've just started uploading a new KerBop story, called “Filaments.” 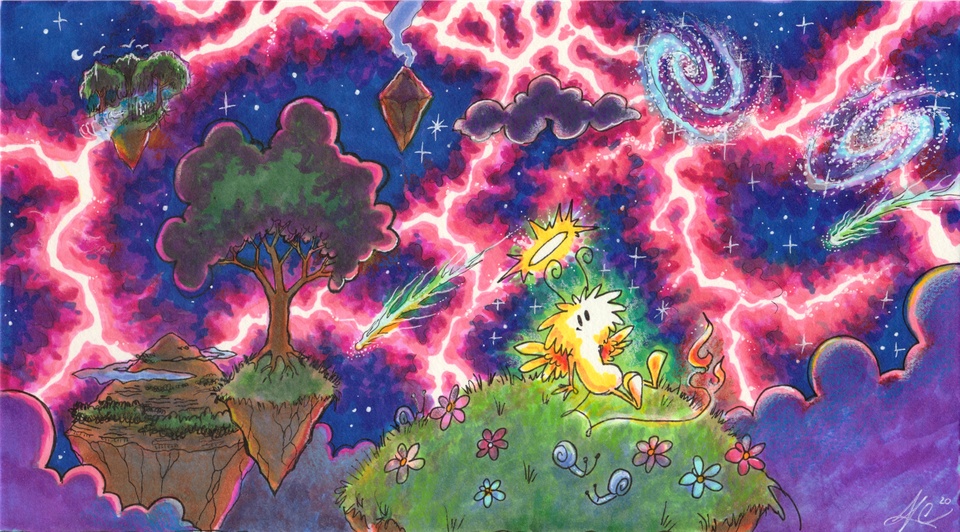 Just like “Electricity is Her Element,” “Filaments” is also drawn entirely using markers and pencils in traditional media.
There will be a new post EVERY SINGLE DAY through the end of August.
I really hope you like! :)