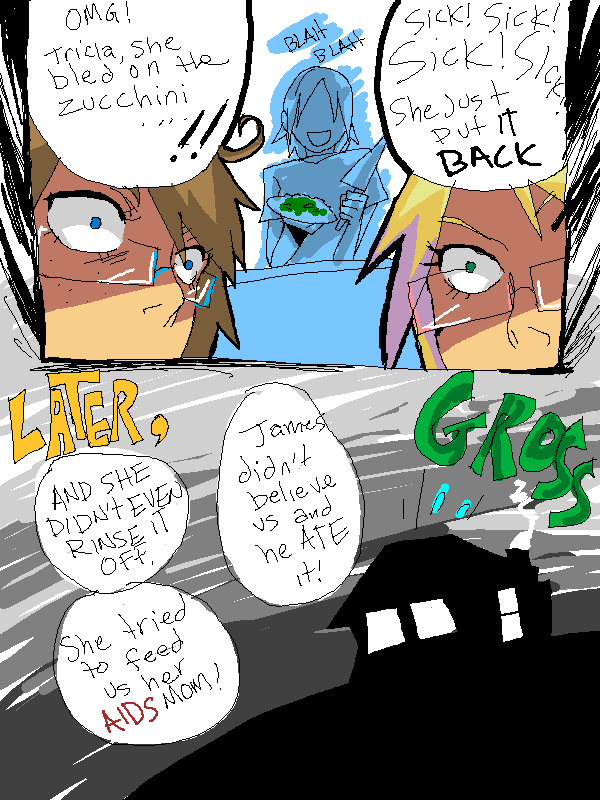 okay, So like for my birthday I went to my step dad's house. Currently he and my mom are separated and he lives with his girlfriend. For personal reasons I hate this women but that is besides the point. For my birthday she ever so thoughtfully made my favorite dish of spaghetti which was actually some of the best i've ever had.

Well anyway she also made fried zucchini, and as she was cutting it as she was talking to my sister and I she cut her finger where it bled pretty bad all over the counter. She dripped bloob on the zucchini she was cutting and few that where already on the plate. I know she saw it! she had to of! it was RIGHT THERE. But instead of rinsing it off or at the very least clean off her finger she continued to cut it and so on.

so we got home told my mom of our tiny adventure. we continued to complain about how crappy our evening was and all was well in the end.
MY LITTLE BROTHER ATE SOME BUT I COULDN'T TOUCH IT. -gross-


okay that is the end of my small story.