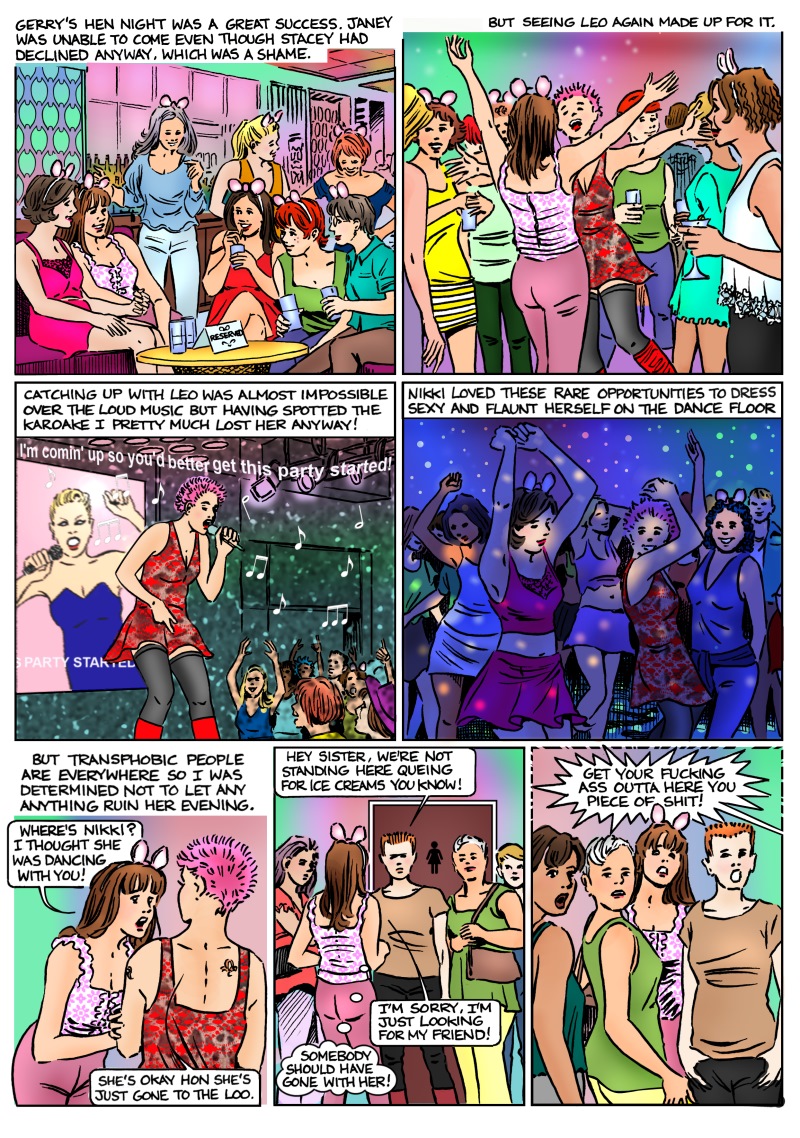 I saw a UK film called ‘Pride’on Netflix which I'd never heard of before, about an LGBT group from London who decided to help out a pretty homophobic group of striking miners in Wales during the 70's. Despite being based on a true story I'm sure the script was slightly romanticised as films like this often are but the main message was no doubt still the same in that most discrimination comes about through fear and misunderstanding. In all though, I was quite surprised at how emotional I found the movie especially towards the end when I was quietly cursing the scriptwriters for forcing me to get through so many tissues. As human beings with a great desire to be loved and accepted by the people around us I think rejection has to be the most cruel and soul destroying of all, which is why it is so often used as a weapon.


Anyways… We have now arrived at Gerry and Sasha's Hen Night. I didn't imagine Janey travelling all the way down from Scotland for this one and the focus is mostly on Nikki at the moment anyway so it keeps things simpler.

Thanks as always for all your comments!! Great set last week and some very thoughtful and interesting ones amongst them for sure!

Wait so whose voice was that?

Oh Sky, why do you do this to me? Poor Nikki has been through so much and hasn't even had time to properly process the last incident.

Is Nikki about to jack a transphobe? Because that would be rad