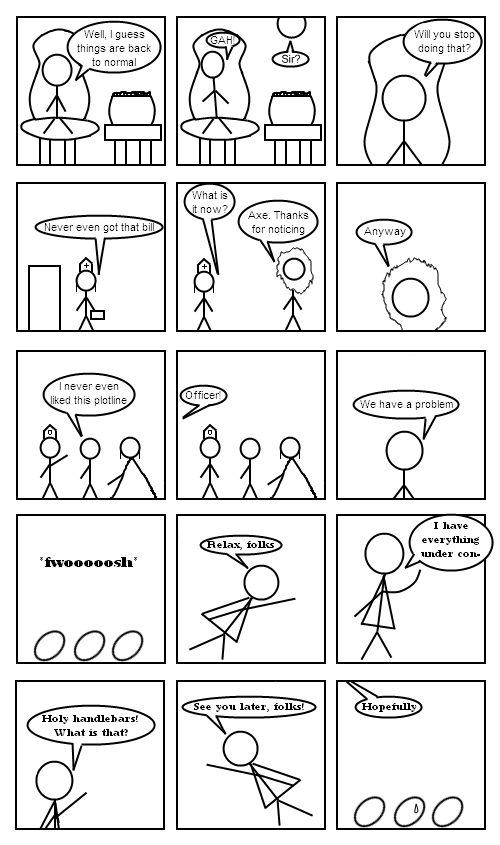 Well, as much as I hate to do it, I'm putting this series on a probably permanent hiatus. I didn't know how to end the entire series in the same satirical light-heartedness that drew you to the comic in the first place, so I just decided “oh forget it” and put this little piece together. I always noticed how many shows or movies or whatever end with nothing really being resolved, probably to keep the viewers curious enough to see the sequel/spin-off. Well, I'm doing neither, and the ending was purely for dramatic effect. I am, however, doing a new comic that will surprisingly have less copy paste action than this, despite being a sprite comic which it is known for. I will spend more time there giving each panel its own touch, something I regret not doing for this comic. Check it out if you're interested in that type of stuff. And as for this comic, I won't delete it, because unlike my other attempts, I'm actually proud of this. I wouldn't call it a success, but I learned so many things in the process that I'll cherish and hold for years to come. So sayonara, and see you on the other side!

And yes, I merged the family and police parodies together because neither had much importance to me. I also hear “The Final Countdown” play whenever I read the comic. :P