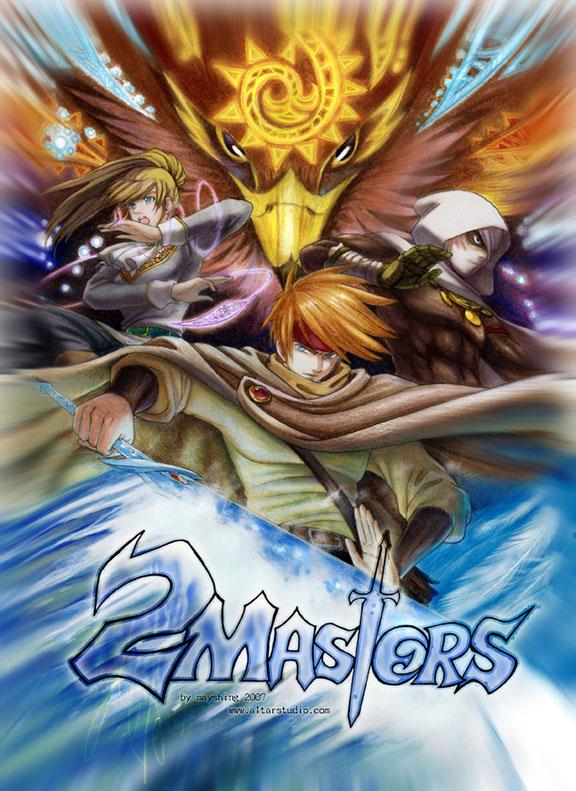 The cover~~
Read RIGHT to Left

All the older stories are deleted as the new pages of the official run is coming.
If you wish to read the old stories, please go to http://www.drunkduck.com/2Masters_Prelouges/

This looks awesome I love the cover

Great cover. So much action on one page

Is that a Phoenix I see? :D Awesome cover. (Traditionally done? Holy crap)

I was about to say it looks like the box art from Golden Sun (mostly because he looks like Isaac)... And then it turns out everyone else already said that :3 I love your art!!

This reminds me of the box art for Golden Sun. Don't worry, that's a good thing.

are you sure your not proffesional??? this is some quality work....im an art student and i know good work when i see it... nice job...

Wow just... wow. *Faints from seeing so much talent in one picture and person*

oh my fucking god this roxz

Gorgeous cover! Pencil crayons? I can't really tell. You use the medium well though!

cool, reminded me of that guy from golden sun.

nice work you are a color pencil master XD

Woah! Gorgeous! Heh, he reminds me of Isaac from Golden Sun

This cover is great!

omg this is amazing!!

I really like your art, it is very good. *Reads other pages after favs*