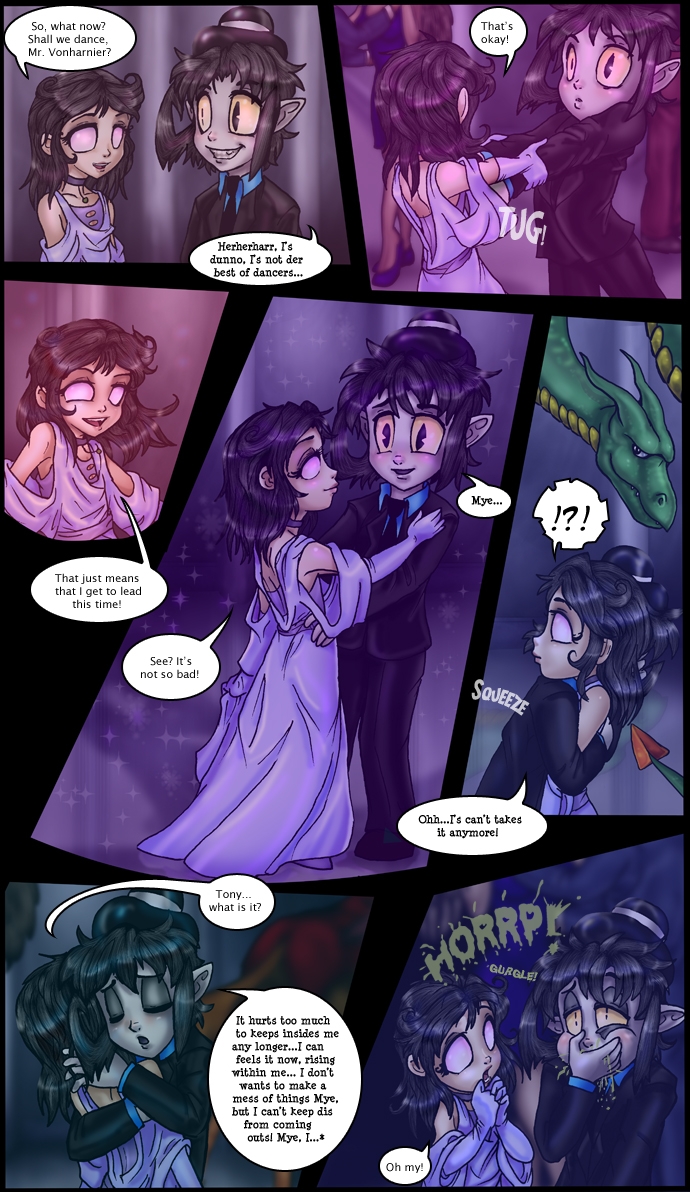 And we're back and online again! It was a little shaky at first, disconnecting for 2 whole days right after we got it set up, but Nick seems to have fixed that problem. I'm well on my way on that graphic novel too, we are expecting at the latest for it to be done in February now, but that's at the latest. And, that means hopefully the book itself will be released in April, let's remain hopeful though! That still means slow CTV updates until the project is done, but after that you'll see a lot more comics from me for all of them.

OUR GUEST! Today we have George the Dragon from the adorable comic of the same name, who belongs to Loud G. Go on over and read it!
There were other guests but not much room to cram them into, soo I will put them in on the next update that's not taking place in a secret room or behind the indoor plant life.

Oh, and a certain other comic of mine is updating as a mirror here now…Next update for the main UIU comic on CH is forthcoming though. It needs to be scanned in but only after I finish a boatload of Night School pages!

There's nothing like having a hangover right before admitting your true love.

Awww poor Tony!! He just can't get a break, can he? Mye's dress looks beautiful in full length :) Looking forward to more! Yay for internet connections!

To late man! Its aaaalll over!

Something always gets in the way!

Oh, no! Tony, will you ever get a break? One funny page!

All poor Tony so close but now so far. Now she will think that all the lead up was just to tell her he was about to blow chunks when it was really about how he feels for her. Poor guy *goes to hug him but stops and looks at him then hands him a bag.* "Do that in the bag buddy."

Oh my god, hahahaha. I think this is my new favorite Charby page. XD

I cant believe how awesome this comic is >:O

oh man i held my breath only to get that....SOMEDAY!!!