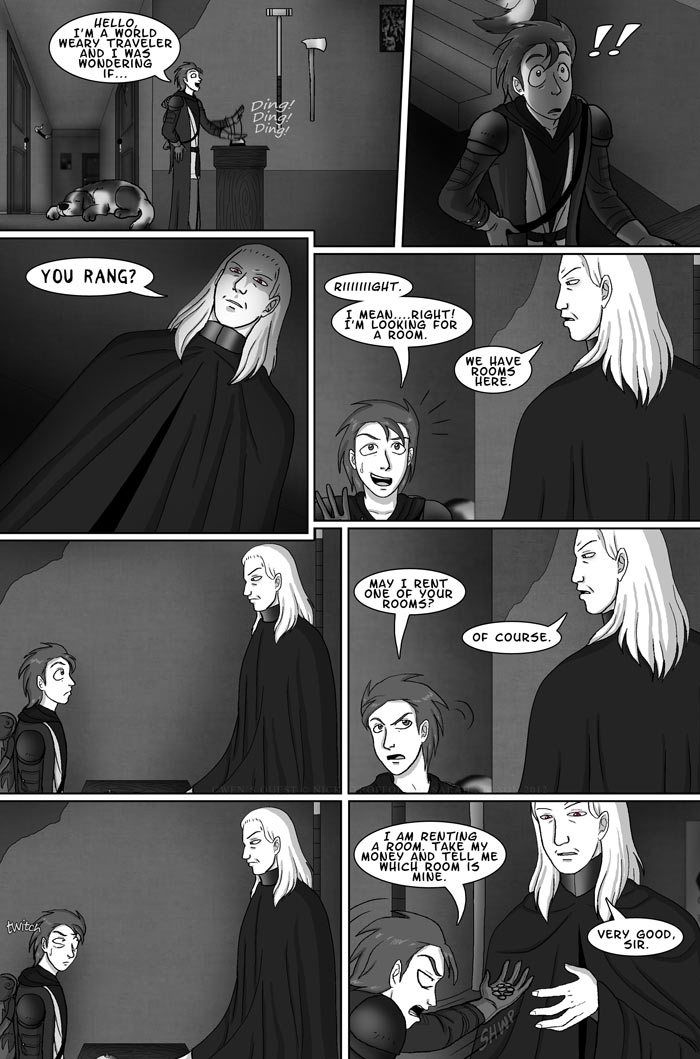 Chapter 13 Page 4 - The Money isn't working, nothing is happening

I've been doing a lot of play by post role playing lately.  It has really reminded me just how much I enjoy creating new characters.  I love Cwen but often it is months or years between when a character is first though of and when they actually appear in the comic which makes for a very different experience than when you just think of a character and start writting for them.  Maybe after this RP dies down I'll have to start writting some stories again now that I'm starting to feel back in the grove again.  We'll see, I'm terribly reliant and continuous positive feedback to keep my motivation going and that typically keeps me from a lot of larger projects.

Sounds like me after a day's work. Yeah, I'm here, I just don't got any good ideas to type.

This one made me laugh out loud. I can't figure out why.

Is it just me, or is that Vallov from Vampire phantasm? Are we going to see some cross-overs? I LOVE CROSS-OVERS! What's next? Are Jack and topaz around?

Silverbob: You sir or madam, have made me laugh!

"Your room is the one which you have now paid for."

And judging by the size of the desk clerk, LB, I'm thinking it's his croquet mallet and the axe next to it is for cutting firewood for the inn.

LB - Obviously it is for getting the ball down when it gets stuck in a tree.

Nick, i agree that waiting for new character to show up can be pain. I fear that only solution to this is not technically possible with Cwen. And why this inn need such deadly weapon as polo stick?

XD the guy at the desk looks quite familiar...