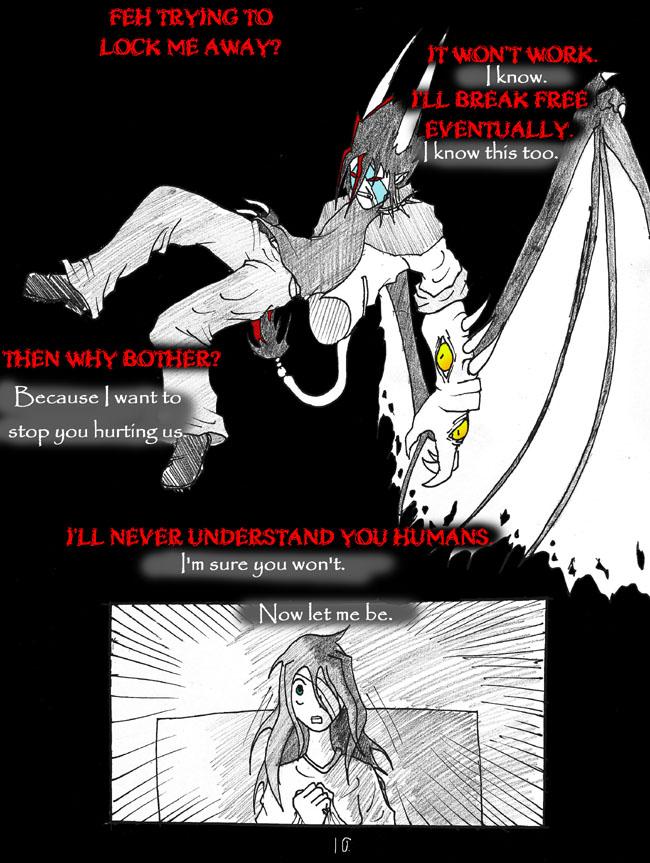 Hello again folks, sorry I didn't get a page upo on Wed but I hatede the page I originally drew and also my third term has just starterd on Monday so I've been caught up in the chaos of the starting up.

Anyways. Maijin herehas been thrown back into the recesses of Ash's mind by the Tormented Soul. The reason she can do this is because of two things.l First off the Tormented Soul is part of Ash's subconscious and secondly since Maijin causes pain then he is to be locked away with all the rest if the things that torment and hurt Ash. Unfortunatly Tormented Soul has no power over keeping Maijin there for good so eventually he will get out again like a bad memory that comes to haunt you. But more than likely, sincve I love the character design Tormented will make an appearance every once in a while.

I'll see what I can do for next week hopefully I'll have a time to allocate for pages somewhere. Until then seeya!

Wow... it seems like we have both been pretty busy lately. Your art is getting better and better dude. ^-^