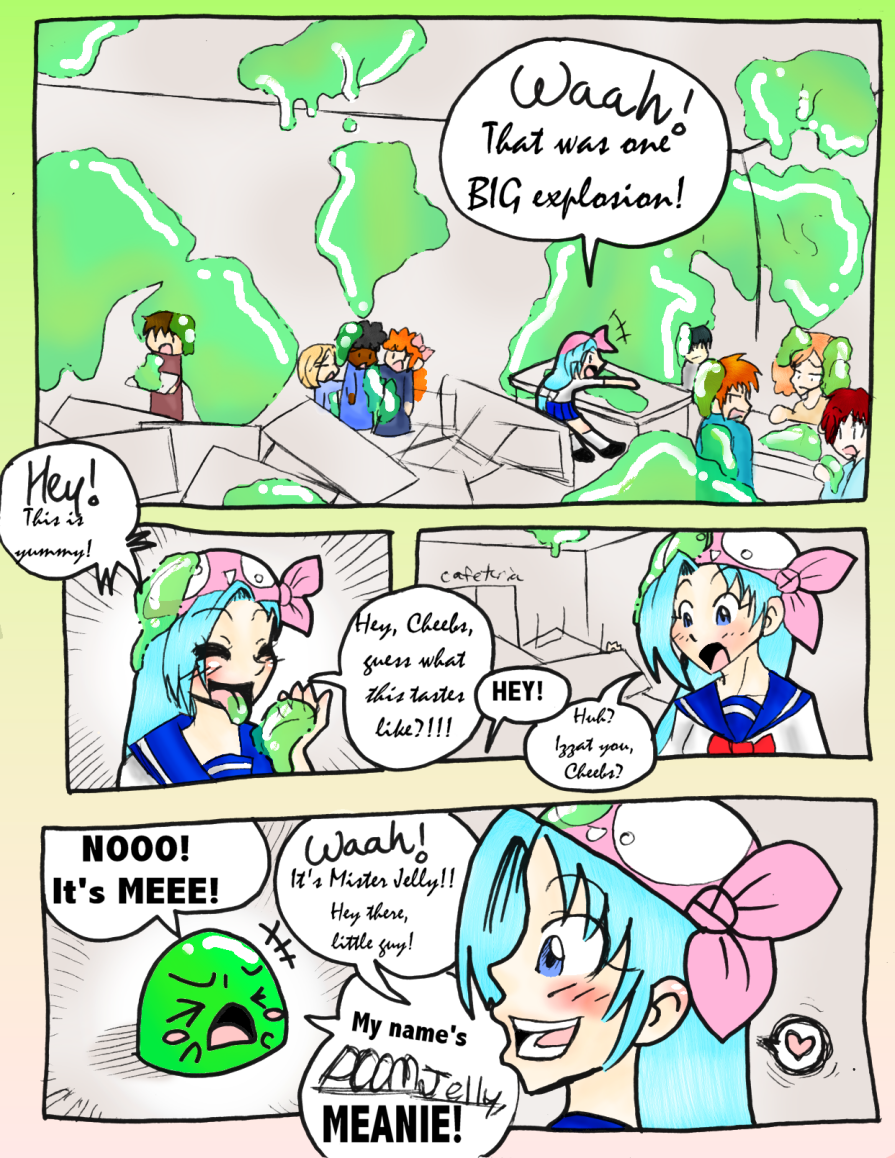 It's an instant bond! A girl and her jelly!

And it's not boogers, if that's what you were thinking XP

annnd shippo no neko is dead too sowwy :(

I'm gonna go ahead and say this comic is dead.

lordlyhour: no, alien just has her in the closit. (part of my random comic she's part of) Shippo: whare are you? i miss you.

so Shippo_no_Neko are you deaD??

When is you updating!! TT_TT

Wee! Updates!! I love that little jelly! I hope he is green apple flavor!

YAAAAAY! I read the entire thing in one day. I feel so special. Love this comic. GENIUS!!!