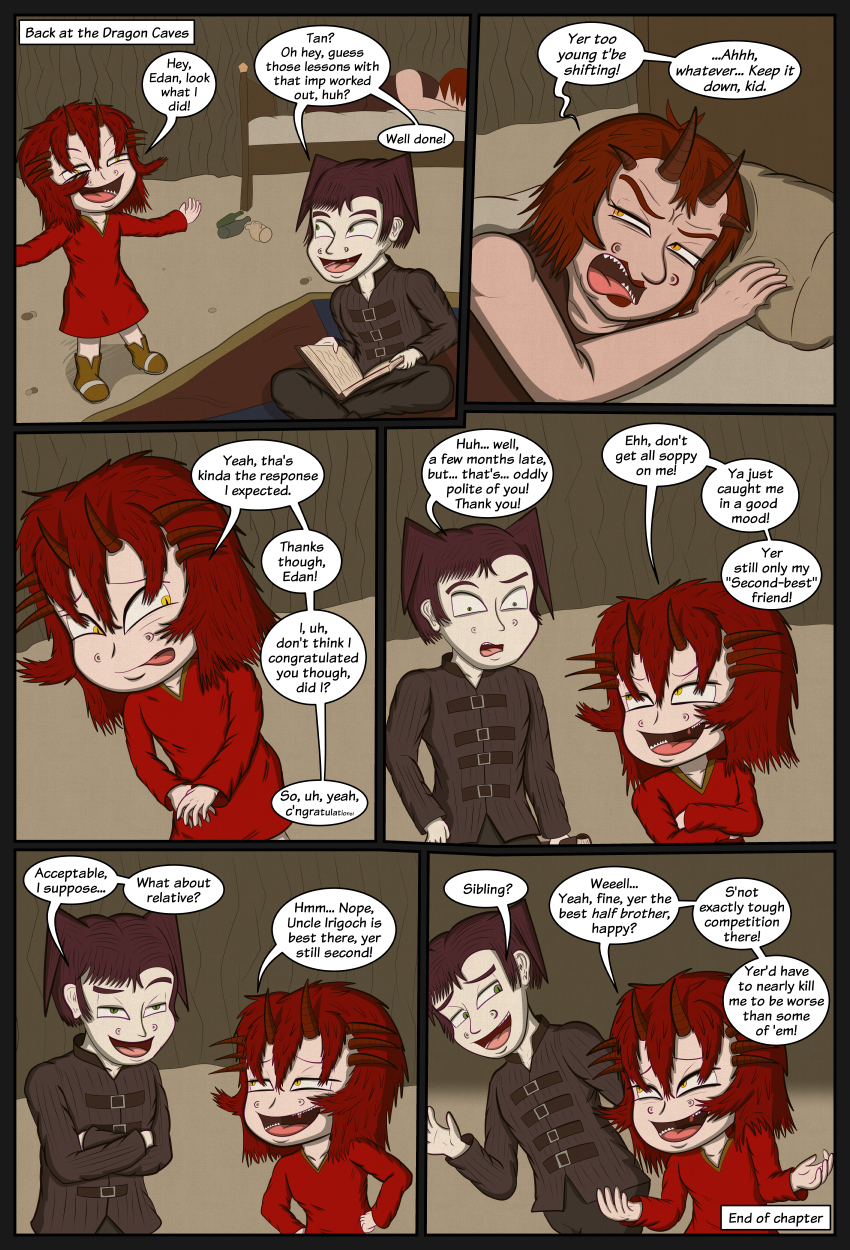 7-15 Friends Will Be Friends

End of chapter means another long note!
While we may not have met any of their other siblings in this chapter, they'll almost certainly be showing up eventually (Whenever I get a chance to return to this time period!)
Edan hasn't been stuck keeping an eye on Flanya every time Tan goes out, just when he has nothing better to do.
And with that the chapter closes. There'll be a bit of a break in updates while I finish off the script (Well, once the final Blake page is up!), but hopefully next month we'll be back… to the future!
Not the last of this time period were going to see though, although, future ones may be handled a little differently… not sure yet, there's pros and cons for both cases… we'll see!

Until then, I have another thing in the works, that 1st chapter redo. I'm scrapping my old plans of expanding on the first chapter (for the most part) Some of the stuff planned will still show up somewhere down the road, but just straight up redrawing with a few script tweaks seems like a better option. Can't make promises on it being done by the time I start the next chapter, but we'll see. Until next time!
Edit: May as well post this here too, even though I have no idea if anyone here is even reading anymore. Well, it's half way through September, so far I'm about a third into the redo. Being back by the end of the month isn't looking likely, so I'm going to say early Oct is my current estimate for now. More on that eventually!