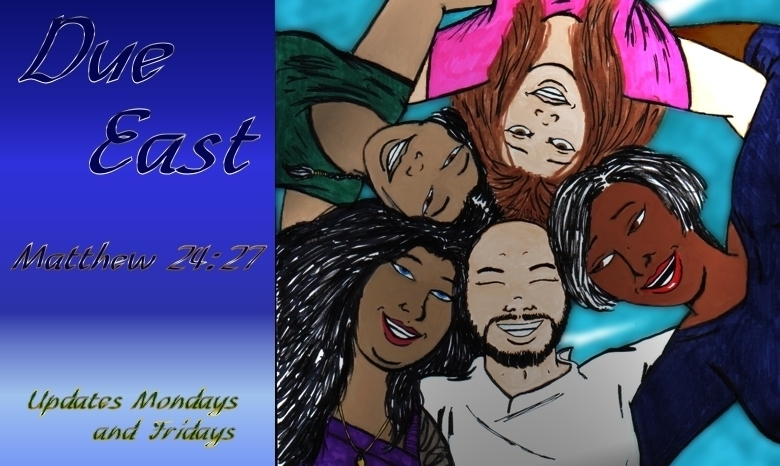 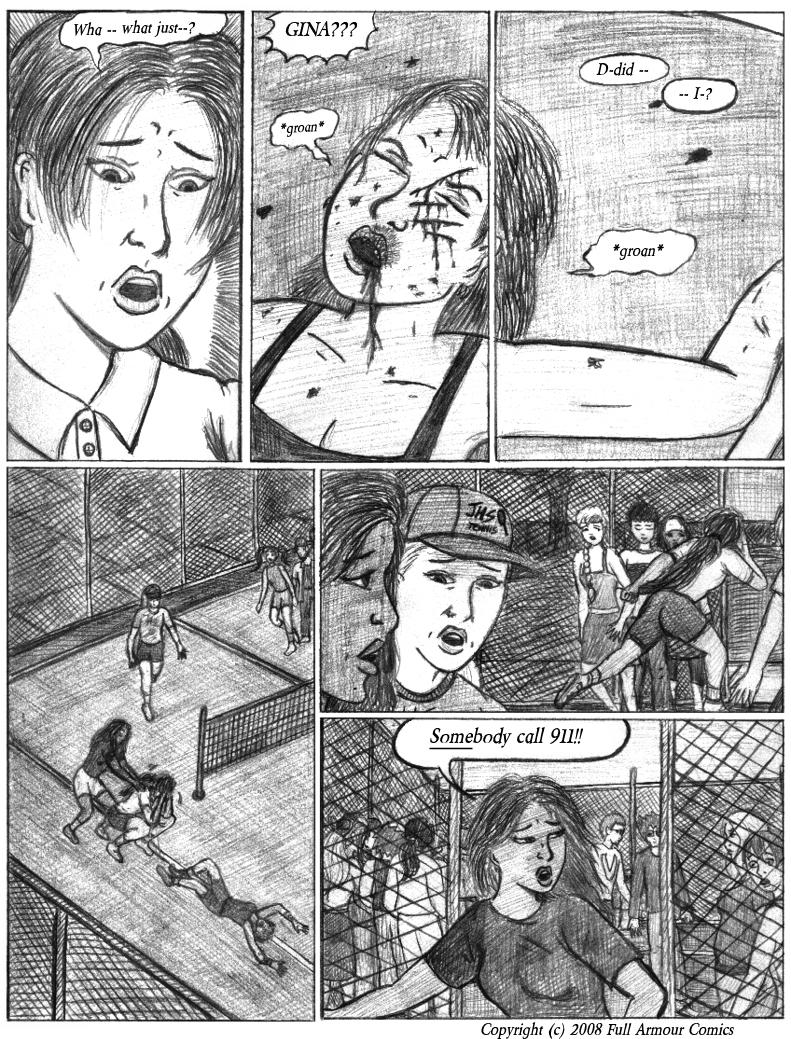 Okay, my sincere apologies for the 2-day delay on this page. I didn't want to rush it. I finished the art on Monday but was exhausted after my workday and Tuesday March 18th marked my wife's and my 13th wedding anniversary! Woohoo!

Today's page doesn't have many words but I think the page speaks for itself.

Also, loads of cameos today from DD'ers! Full list below:

Sona and Fenny from The Devon Legacy
Nicodemus from Morphic
Daisy from Salt The Holly
Alex, Kaida and Seiko from Used Books
Cricket from Crickets Creature
Aurora from Aurora of the High Seas
Joe from Naive
Vakanai from Rumbles
The lead character from Daughter Of A God

I don't really have room to reply to all the wonderful comments from the last page but thank you all for your input. I think everyone felt pretty similarly, which was interesting in and of itself. Replies will return on the next update (I'm aiming for next Monday, hopefully).

Ouch! That certainly looks serious. Very well drawn! Thanks for including me in this cameo.:-)

oh my god man, she got jacked up! X_x

Cute camios! XD I can relate to Carolyn here. When you loose control and do something awful. Happy aniversary!

Wow, that's a really well-drawn messed-up face! The cameos are a lot of fun too, sort of like DD Where's Waldo.

I'm so glad you did the cameo thing - gave me the kick I needed to read your archive. What a moving and powerful story - and I like the product placements ^.^ Daisy loves the attention, too.

Happy Anniversary! I think a key point in this comic over others is showing the real after-effects of violence on the body, as opposed to the ol' 'my hair and costume are all messed up' or 'facial scratch'. (Of course, real damage is harder to draw, too... heh heh)

Oh oh, not good...here's hoping she didn't hit her sinus back into her skull. That can be fatal, and is easier to do than some may think.... Also, happy anniversary!

Cameos and a busted lip? Nice, hehe. :) I think this is one cool turn of events.

I don't think she'll cross that line again ^_^ And I think you meant Sona, not Jessica. Hard to miss those big pigtails =p @Tantz:911 in the US sends ambulances, police, fire department, or whatever is needed in an emergency.

Happy anniversary! This is a shocking scene. I'm also intrigued that she asks for 911 and not an ambulance, unless 911 is both for the police and ambulances. (In Greece it's two separate numbers)

That girl got quite the beating... I like the effect you created with panels 2 and 3. -- And happy anniversary!

OH OH! And Happy Anniversary! Truly a hallmark in this day and age! Many more blessings to you and your wife!

Its funny that AURORA had a shocked looked on her face in this scene after what we saw HER do in her own series! Pot! Kettle! Seriously, I'm really interested to see where this will go. Once again, true to the theme of the series - actions? Meet consequences! Allen, you just keep rollin' along with great art and awesome storytelling! The fourth panel is my favorite!