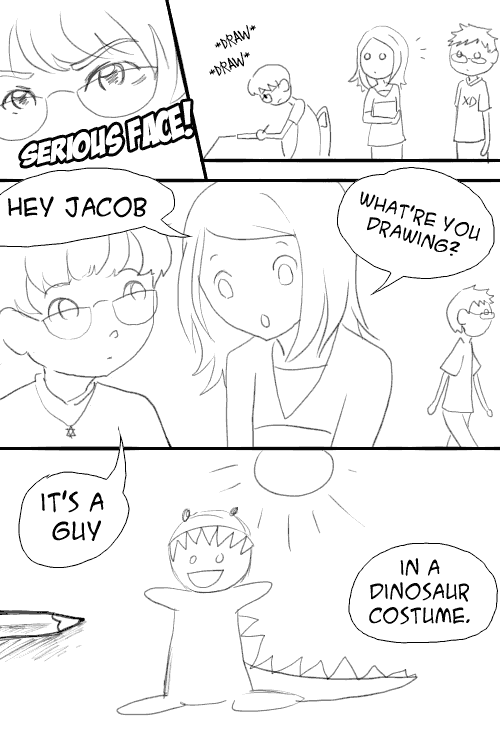 In order of appearance:

Your art is so cute!

I have finally caught up!! Ahh... it's like living on a fluffy cloud reading this... all the characters are so round and squishible- it's like even if they are evil, the most they could do is poke you with the eraser end of a pencil. I'm going to check out the rest of your extras bits! :D

No apologies! Your drawings are always nice to look at.

Just you wait pastel, you'll get your come-upins! ;)

pay me back? you're an official character, my man!

:DDDDDDDDDDDDDDDDDDDDDDDD THIS IS SO AWESOME. (Of course I would like it, but still!) THIS IS AWESOME, YOU'RE AWESOME!!!! I'm going to have to pay you back for this, you know that, right?

Yeah! Bocaj has an appearance in ELO!

Sorry for the no color D0m... I still haven't picked out the colors for these characters. D: