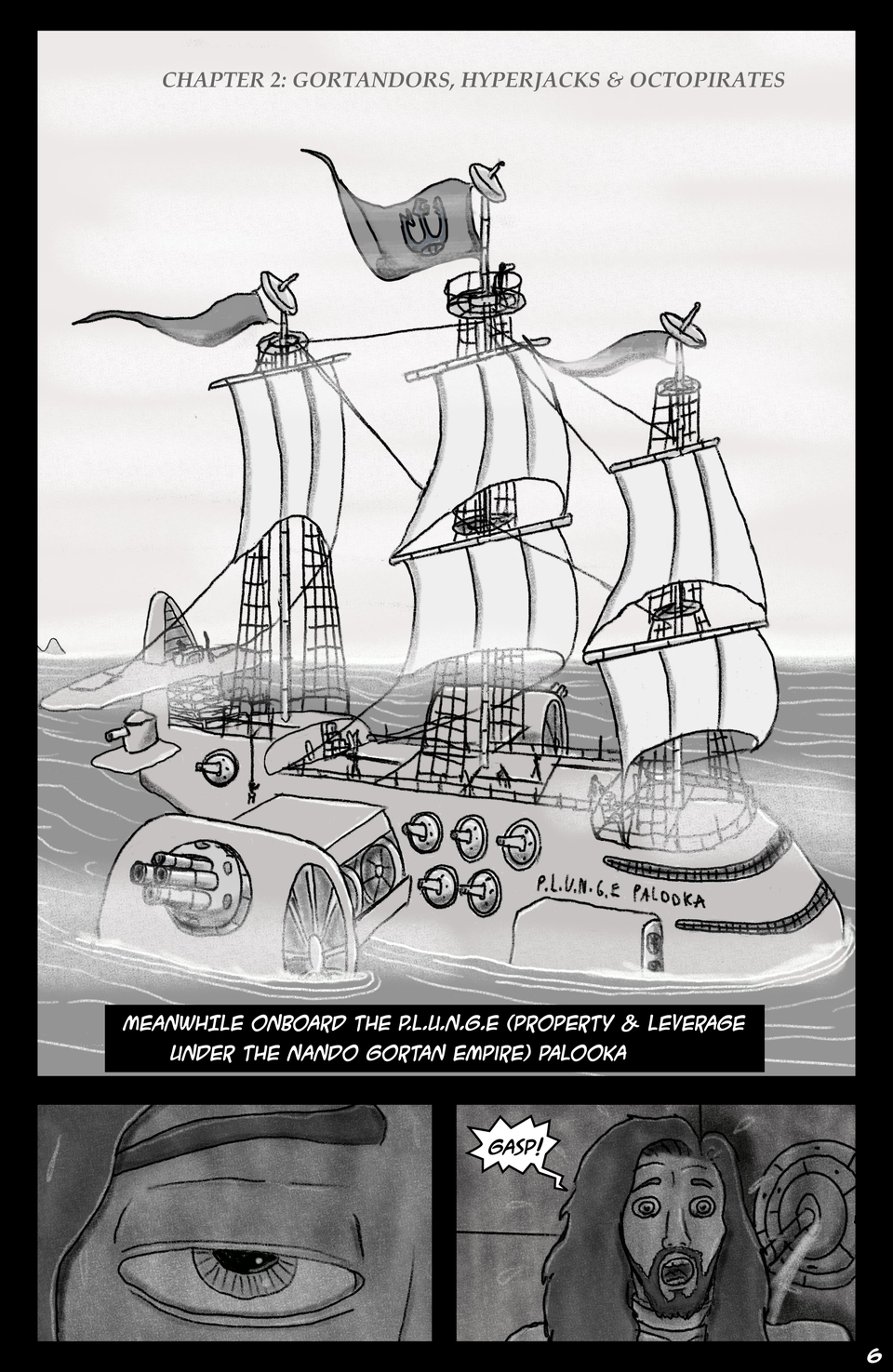 Chapter 2. We teleport right over to another part of the ocean where we see one of the galleys owned by Nando Gortan, an imfamous pirate lord with his own pirate empire called the N.G.E (Nando Gortan Empire).

The P.L.U.N.G.E Palooka happens to be carrying a particular person onboard in its cargo hold this morning. Who could that be?

This one was a bit tricky, but also fun. I haven't drawn ships since I was a little kid. Used to draw pirate ships all the time back then.

Since this takes place in a retro future where things are fairly consistent on land, but wild out on the ocean, I wanted the pirate ships in particular to have a post-apocalyptic feel to them.

Sea vessels may be scrapped together from wrecked jumbojets and what not, like the Palooka here, and any other wild stuff I can think of. I can barely wait to get to the Octopirate's ship. That one is a special case, as you'll see when we get to it^^

Love that ship design. Combines elements from all over.

One heck of a ship*